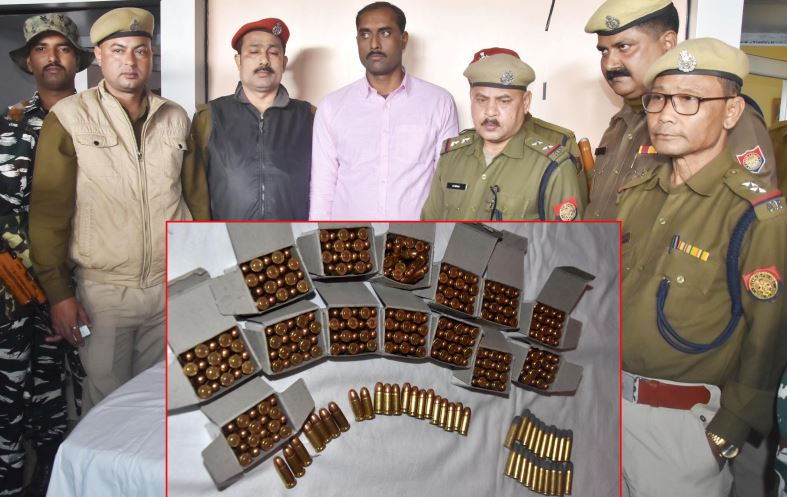 GUWAHATI: Just ahead of Republic Day, the Government Railway Police (GRP) arrested a man with 320 rounds of .32 bore pistol ammunition from Guwahati Railway Station on Thursday. The person has been identified as Abhinandan Kumar, who was travelling from Dimapur to Howrah in coach number S-1 of DN Kamrup Express. In 2019, the GRP had recovered a total of 100 gelatin sticks, 1,200 detonators, 120 metres of fuse wire, one .32-bore revolver, 60 rounds of .32-bore ammunition and three .32-bore pistols.