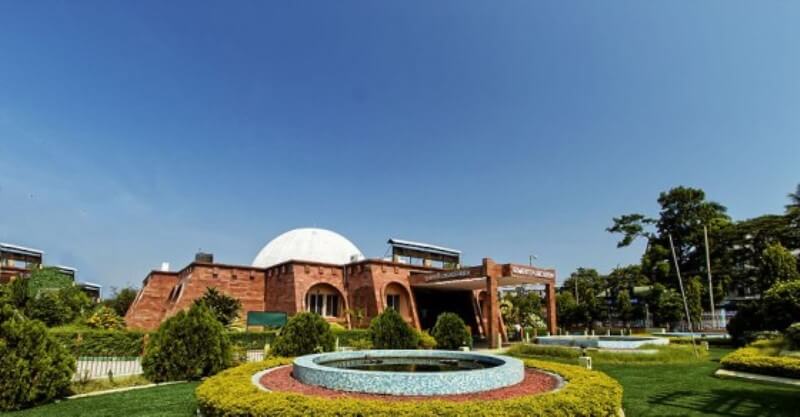 GUWAHATI: Established on August 17 in the year 1994, the Guwahati planetarium is completing 25 glorious years. Now, the Department of Science and Technology of Govt of Assam is gearing up for the celebration of Silver Jubilee year.

Minister Himanta Biswa Sarma attended the launching programme of Silver Jubilee celebration as the chief guest that held on Saturday. Minister of Science and Technology of the State Government Keshab Mahanta also attended the function as distinguished guest. Director of MP Birla Institution of Fundamental Research Debiprosad Duari was invited as the foundation day speaker. Duari delivered his lecture on Concepts and challenges in Astronomy.  A logo for Guwahati planetarium was also launched in relation to the Silver Jubilee celebration and the new society of Guwahati planetarium that is about to form. The logo has been designed by Keyur Sorathia from IIT Guwahati. Dr. Himanta Biswa in his speech said, “Somewhere we lack the potentiality to implement the projects even after receiving full patronize by the government. We must develop a sense of urgency among us to do something new. In budget we intentionally announced name of 6 new planetariums, if we can complete 9 fully fledged planetariums in the next two years in our state, it’ll encourage whole lot of young generation to study astronomy. So, I think this is not a time to take self congratulatory message that yes, we’ve achieved enough, I think our neighboring states has done far beyond. Now, starting from the government and minister to commissioner and everyone around are positive, so, it’s the time that we should try to achieve as many as projects we can do. Because, World will not wait for Guwahati, the world will not wait for Assam. If the Science and Technology department says that they want to set a double sized planetarium than MP Birla and they need 300 crore the government will try its best to do so.”

Curator of the planetarium Babul Ch. Bora said, “An initiative has been taken to set up an Astronomical Gallery with the combination of Astronomy and Space Technology and related artifacts along with a Virtual Reality Studio. Some other initiatives have also been planned including organizing competitions.