Guwahati: In a major re-shuffle in the Assam Police department, Deputy Commissioner of Police (Central) Police Commissionerate, Guwahati, Ranjan Bhuyan has been transferred and posted as Asst. Inspector General of Police (R), Assam, Ulubari, Guwahati against existing vacancy with effect from the date of taking over charge.

It may be mentioned that Panindra Kr Nath has been posted as Superintendent of Police, Human Rights Commission, Assam, Guwahati vice Jayanta Choudhury who has been transferred and posted as Commandant, 2nd APTF Bn in Lumding.

Furthermore, there were around 25 senior ranking police officials who were posted and transferred by the Government of Assam. 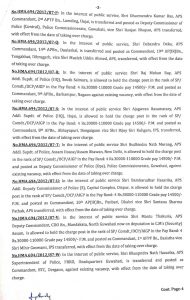 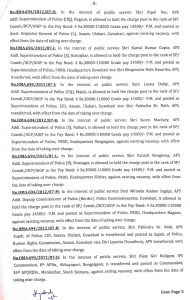