As per reports, the Bharatiya Janata Party (BJP) leader was dissatisfied with the party’s activities and Chief Minister Sarbananda Sonowal’s silence over the Citizenship (Amendment) Bill, 2016.

Nirmal Nunisa in his resignation letter mentioned that he had joined the party on January 27, 2016 and since then he has constantly witnessed the downfall of the party due to lack in a proper decision making by the high command, thus leading to a great economic loss.

He also mentioned the outcome of demonetization had severely affected the people of the lower class including both the middle class, lower middle and poor people in the country.

BJP leader Nunisa also mentioned that Chief Minister Sarbananda Sonowal himself being an indigenous community of the region and who has also been conferred ‘Jatiya Nayak’ by the AASU failed to carry out any significant work in the tribal-dominated areas. 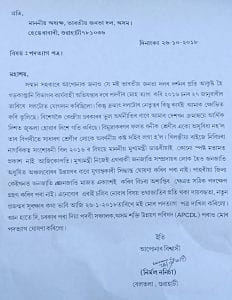 He further alleged that Chief Minister Sarbananda Sonowal had failed to take appropriate action against few sections of people in the Hill districts of Assam who are being involved in disturbing peace and tranquillity the region.

It may also be mentioned that the Nunisa had addressed the resignation letter to Assam BJP President Ranjit Kumar Das where he clearly stated that he resigned from the post of Director of the APDCL by thinking for the future generation of Assam.