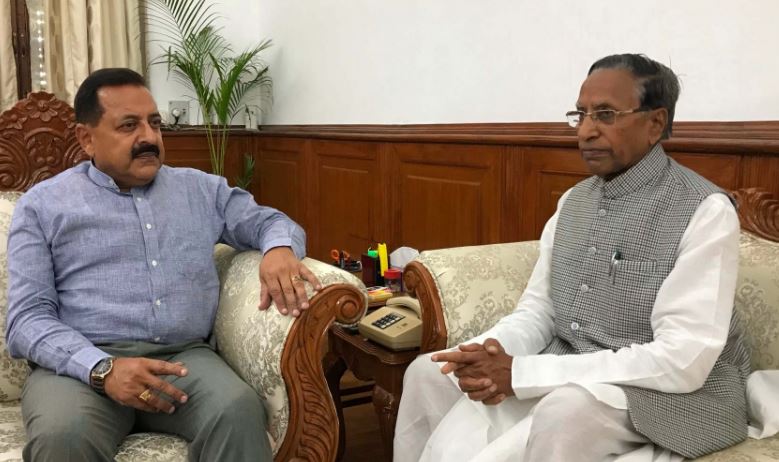 GUWAHATI: Governor of Sikkim Ganga Prasad called on Union DoNER Minister Jitendra Singh in New Delhi on Friday and congratulated him for being sworn-in as a minister for the second consecutive term, stated a PIB release.

Ganga Prasad shared with the DoNER Minister the recent political developments in Sikkim. During the meeting, the Governor also took up with the minister the issue of newly opened Pakyong Airport at Sikkim which, according to him, required further extension to make it more functional and useful.

Jitendra Singh informed the Governor that Sikkim had got its first airport after nearly 40 years and that too, with the personal intervention of Prime Minister Narendra Modi who had personally followed up the project through his weekly “Pragati” video conference meetings with the State authorities. He assured the Governor that he would discuss the remaining issues related to the Pakyong airport with the Aviation Ministry.

The Governor expressed his satisfaction for the overwhelming response of tourists to the State in the last few years. The income generated from the unprecedented tourist flow, he said, if utilized optimally, could prove a game-changer for several developmental activities in the State.
While assuring of all possible support to Sikkim from the Ministry of DoNER, Jitendra Singh said that the Railway authorities have also been approached to undertake the extension of rail-network in the State.