Guwahati: The Chief Electoral Officer of Assam Mukesh Sahu on Monday conducted an awareness campaign “RUN FOR VOTE” to motivate every section of the people of Kamrup Metro District about the importance of participating in the electoral process for the upcoming Lok Sabha elections. 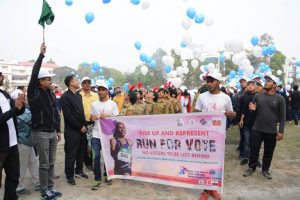 He also urged the new electorates who will be casting their vote for the first time should take the lead in raising awareness by motivating all sections of people in the society about the importance of participating in the electoral process. 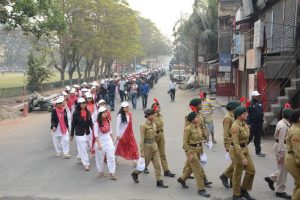 Students from various schools and colleges of the Guwahati city had participated in today’s awareness programme initiated by the Chief Electoral Officer of Assam.