Zubeen also stated in the letter that presently he is 45 years old and he has been hearing about the Bangladeshi issue since his childhood days. "I am tired now," said Zubeen in the letter.

Also, lambasting the leaders, singer Zubeen Garg blamed the present leaders who were earlier protested against the Bangladeshis are now trying to destroy Assam (Leaders and MLAs) for the sake of their positions. 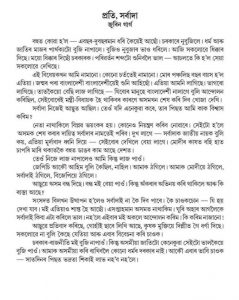 "Sarba Da (CM Sarbananda Sonowal) was a student leader in AASU, if he does the same, then whom do we trust?" added Zubeen Garg.

He also pointed out that CM Sarbananda Sonowal is tagged as the 'Jatiya Nayak' of the state, but now people started slamming him with 'Murdabad' slogan, "I feel bad to see these things, there are many issues to be looked after rather than setting beside PM Modi and clap his hands".

"Sarba Da (CM Sarbananda Sonowal) might not feel ashamed, but we do," Zubeen expressed.

Zubeen also mentioned that we were told that Joint Parliamentary Committee (JPC) will be visiting Assam, but they didn't. "We have been betrayed by PM Modi, CM Sonowal and BJP," Zubeen added further.

Zubeen also urged CM Sarbananda Sonowal to stand against the bill and say no to the bill.

He also stated that he would be out of station for one week, thus, he appealed before CM Sonowal to work out on the issue within these days else he would come out in protest against the bill single-handedly.