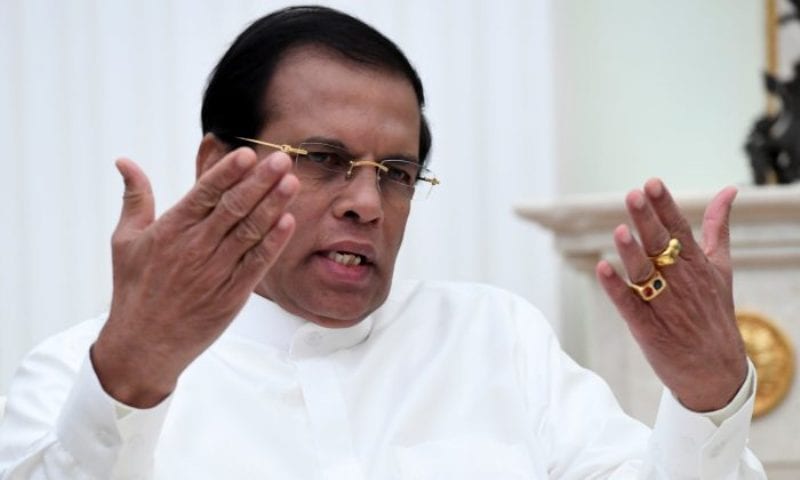 Colombo: Sri Lankan President Maithripala Sirisena said that all suspects involved in the Easter Sunday terror explosions had been arrested following extensive investigations and search operations carried out by security forces and the suspects may receive the death penalty as there was clear evidence against them, media reported on Wednesday. Speaking at a function in Malabe, the outskirts of Colombo, Sirisena said according to the country’s criminal law, death sentence could be given to those found guilty of murder, conspiring against the state and those involved in acts of terrorism and such a punishment should be implemented to create a better society and prevent wrongdoings, reproted Xinhua.  (IANS)