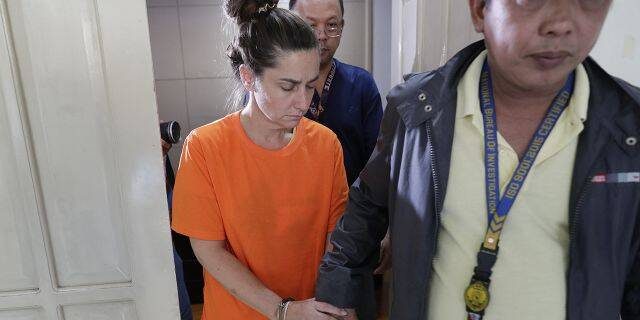 Manila: The Philippines police were on Thursday investigating an American woman on charges of human trafficking a day after she was arrested at the Manila airport trying to leave the country with a six-day-old baby hidden in her hand luggage. Jennifer Talbot, 43, was arrested by the Philippines police on Wednesday when she was near the boarding gate at the Ninoy Aquino International Airport Terminal 3 after immigration and airline officials saw her “fidgety” actions, state news agency PNA reported. “We assume that she was holding the child when she came to the airport so that the child wouldn’t be detected by the x-ray screeners. However, she hid the child when she went to the airline’s counter.’’ (IANS)

Also Watch:Story of Teacher at Kastuba Gandhi Ashram who sacrificed her life in Social Service