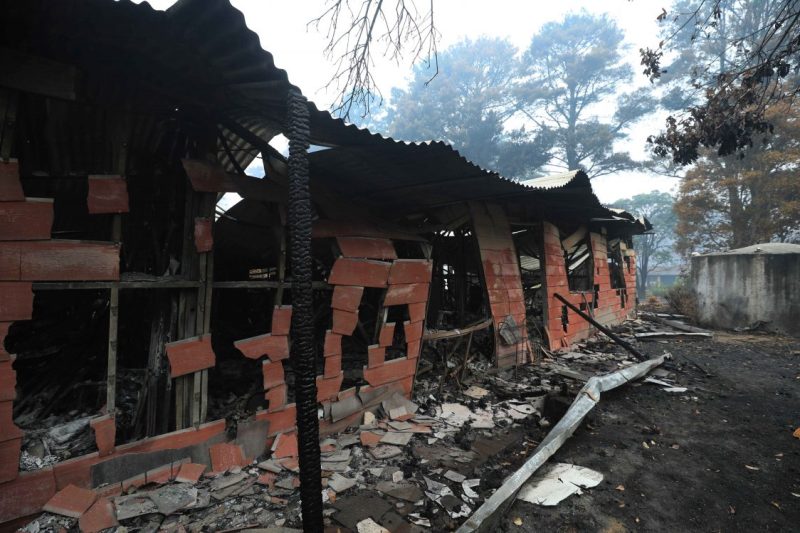 Sydney: Wide-spread thunderstorm systems moving across Australia’s east coast are set to bring some much-needed relief to firefighting efforts on Friday, with even more rain predicted over the weekend.

“The usual weather pattern that we have at this time of the year, that is what’s triggering these inland troughs which are developing moisture, forming convective clouds, and that’s why we’re seeing a lot of thunderstorm activity.” Still locked in the grueling battle against Australia’s worst-ever bushfire crisis, the NSW Rural Fire Service (RFS) took to social media on Friday morning to share their elation. “Rain has fallen across most fire grounds over the last 24 hours which is great news! Our fingers are crossed that this continues over the coming days,” the RFS said. But, while authorities and fire-affected communities have collectively breathed a sigh of relief, the downpour is not expected to fully neutralize the bushfire threat. Despite heavy rain and even flash flooding in some areas, there are currently 82 bushfires still blazing throughout NSW, with a further 17 raging across the border in the state of Victoria. (IANS)

Also Read: Koalas could be endangered due to bushfires: Australian Minister of Environment Sussan Ley

NASA building homes made of fungi for Moon, Mars
US, Taliban discuss peace deal in Qatari capital of Doha