Home » INTERNATIONAL » If you were in NY recently, please self isolate: Donald Trump 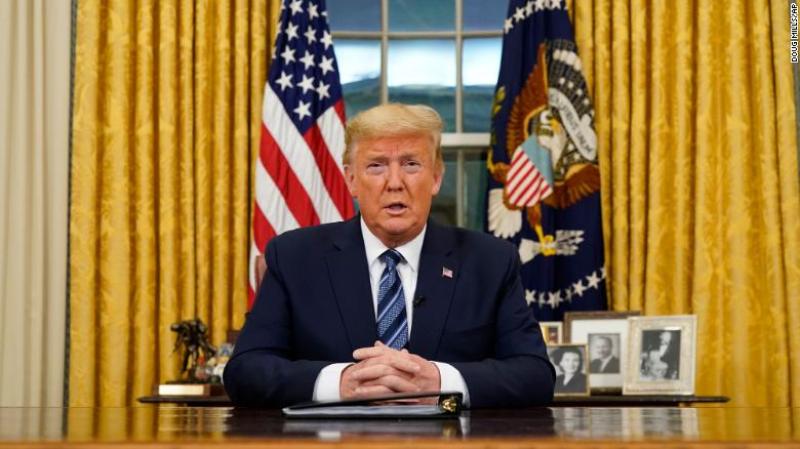 New York: The Donald Trump administrations coronavirus task force is urging anyone who has been in the New York area, Americas “high risk” COVID-19 hotspot, to self isolate for 14 days to ensure that the virus does find new seeding spots in the community. The coronavirus pandemic has killed 131 people in New York, as per latest data from the Johns Hopkins real time tracker.

New York is reporting an infection rate of 1 in 1000 compared to around 0.2 per cent per 1,000 in the rest of the states, US Vice President Mike Pence said at the same briefing. New York Governor Andrew Cuomo described the New York data as “troubling”.

“We had projected a need for 110,000 hospital beds at the apex of this virus. The rate of infection is increasing and the curve has increased. The new projections show we may need 1,40,000 beds,” he said Tuesday.

Birx said that data for new cases are rising in New York’s Long Island area, suggesting that these are people who may have left the New York area.

“Over the last few days, because of the rate of the number of cases, you may have been exposed before you left,” Birx explained.

“The idea about self isolating for two weeks will be very important because we don’t want that to be another seeding point to the rest of the country wherever they go,” said Dr. Anthony Fauci, the top infectious diseases expert on the Trump task force.

Florida became the first state to require people coming from New York to self-quarantine for 14 days. Governor Ron DeSantis said that anyone flying in from the city and surrounding areas will face criminal penalties if they do not self-quarantine.

With its warmer climate, Florida is a favourite retirement spot for people from the colder northern states and 20 per cent of its population is over 65 – the age group most susceptible to COVID-19 – compared to 16 per cent nationally.

New York is currently at 31 per cent mortality across more than 3,000 hospitalisations, according to data from Birx and New York Governor Cuomo.

Across the US, testing capability has been ramped up, with more than 2,20,000 tests in the last eight days alone. Birx said this is more than what South Korea did in eight weeks.

Updating the public on America’s self swab options slated to be out this week, Birx said the kits that will allow people to take samples “in the front of your nose with available swabs” that can then be transported to labs, easing off the pressure on drive-through testing locations.

Randomised clinical trials to find drugs that work against COVID-19 are currently ongoing “on a number of candidates”, Fauci confirmed. (IANS)