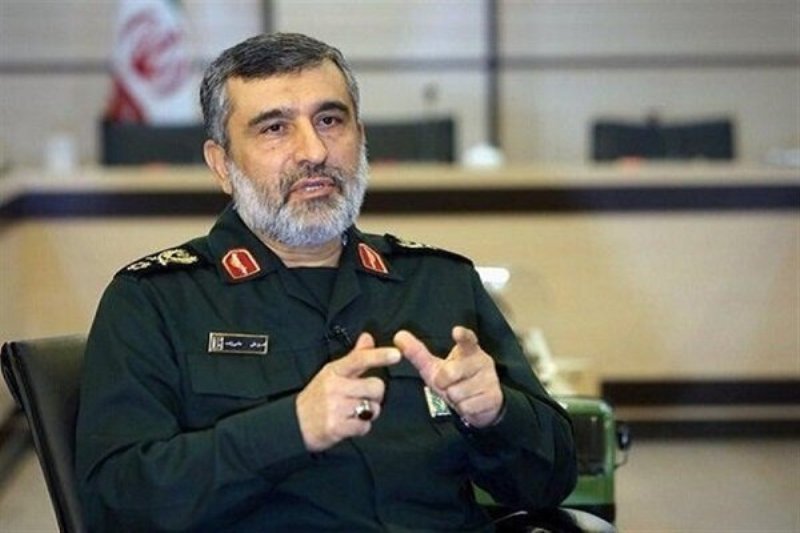 Tehran: Amir Ali Hajizadeh, the aerospace commander of the Islamic Revolutionary Guard Corps (IRGC), on Saturday said that the IRGC accepts responsibility for the crash of a Ukrainian plane over Iran’s airspace.

“We accept full responsibility for this act (shooting down the plane), and we will obey and carry out what decisions the authorities will make,” Hajizadeh was quoted as saying by the official IRNA news agency, reports Xinhua.

The Iranian commander said that since Iran was on “high alert” on Wednesday because of the US threats of possibly hitting 52 spots in the country, the operator of the missile launch site was concerned about a possible “US cruise missile”. The passenger plane was mistaken for a “US cruise missile”, Hajizadeh said, adding that the missile operator also encountered some communication problems and “he made a bad decision, triggered the missile and hit the plane.”

Hajizadeh denied that some authorities, including those in the Iranian Aviation Organization, attempted to “hide” the truth. “They made comments based on their own knowledge,” he said.

Hajizadeh added that “the Iranian armed forces and the IRGC did not want to hide the truth either.” Soon after Iran’s armed forces confirmed that an “unintentional” missile launch by the country’s military was the cause of the plane crash, Iranian Supreme Leader Ayatollah Ali Khamenei urged the relevant authorities to conduct investigations into the “possible shortcomings” leading to the crash.

“I emphatically urge the Iranian armed forces to carry out probes into possible shortcomings and liability over this painful incident,” Khamenei said in a statement carried by the state IRIB TV while expressing his “heartfelt sympathy” to the families of the victims, Xinhua reported.

The Iranian leader asked the authorities to “avoid repetition of such incidents.”

Reacting to the development, Iran President Hassan Rouhani in a tweet said: “The Islamic Republic of Iran deeply regrets this disastrous mistake. My thoughts and prayers go to all the mourning families. I offer my sincerest condolences.”

Foreign Minister Mohammad Javad Zarif also offered “profound regrets, apologies and condolences to our people, to the families of all victims, and to other affected nations”. “A sad day. Preliminary conclusions of an internal investigation by Armed Forces: Human error at the time of crisis caused by US adventurism led to disaster,” he tweeted.

Saturday’s confirmation comes after the Iranian military had been denying that one of their missiles brought down the Kyiv-bound Ukraine International Airlines (UIA) flight PS75.

A day after the crash on Thursday, Canadian Prime Minister Justin Trudeau and US media reports, citing American and Iraqi intelligence officials, said that the airliner was shot down by an Iranian missile. Trudeau said that his government had “evidence” indicating that the aircraft “was shot down by an Iranian surface to air missile”, although he added that it might have been unintentional.

These claims were rejected by Iranian government spokesman Ali Rabiei on Friday, saying that “these reports are psychological warfare against Iran”.

“All those countries whose citizens were aboard the plane can send representatives and we urge Boeing to send its representative to join the process of investigating the black box.” (IANS)