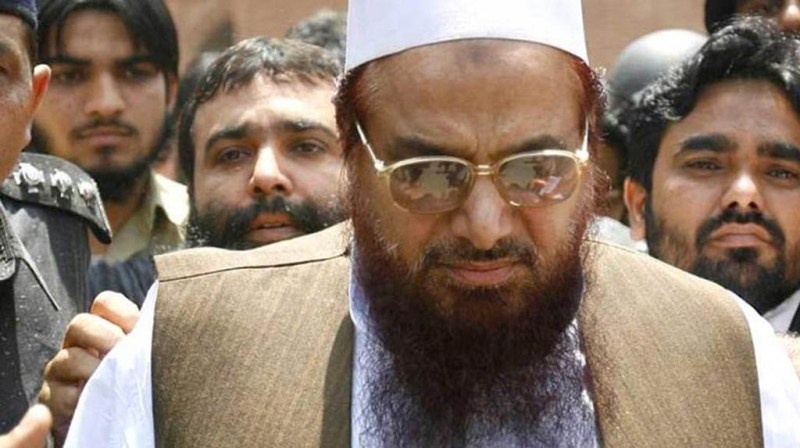 Islamabad: Just ahead of the FATF review, founder and patron of the banned terror outfit Lashkar-e-Taiba, Hafiz Saeed, was convicted in terror funding cases and sent to jail for five-and-a-half years by a Pakistani court on Wednesday.

Sources in Pakistan said the mastermind of Mumbai terror attacks was sentenced to five-and-a-half years and imposed a fine of Rs 15,000 in each of the two cases related to terror funding. However, the jail terms in both cases will run concurrently, the Lahore anti-terrorism court said. The sentence was announced in front of Saeed in the courtroom by judge Arshad Hussain Bhatta. The Jamaat-ud- Dawa (JuD) chief Saeed was found guilty of “being part of a banned terrorist outfit” and for “having the illegal property”, his lawyer Imran Gill said.

The JuD was financing terror by raising funds through non-profit organizations and trusts including Al-Anfaal Trust, Dawatul Irshad Trust, Muaz Bin Jabal Trust, and others.

Banned by the United Nations Security Council (UNSC) after the 2008 Mumbai terror attacks, Saeed faces 23 terror cases in Pakistan alone. Even as he was put under house arrest a few times due to international pressure and India’s repeated lament, Saeed continued to enjoy his freedom and even held public rallies against India. Pakistan filed charges against him only after Financial Action Task Force (FATF), a global watchdog for terror funding and money laundering put the country under a ‘grey list’. The grey and blacklisting at FATF have adverse consequences for Pakistan’s international trade and investment.

Pakistan expects to get off the grey list by showing compliance to the FATF conditions for curbing terror funding, later this week. (IANS)