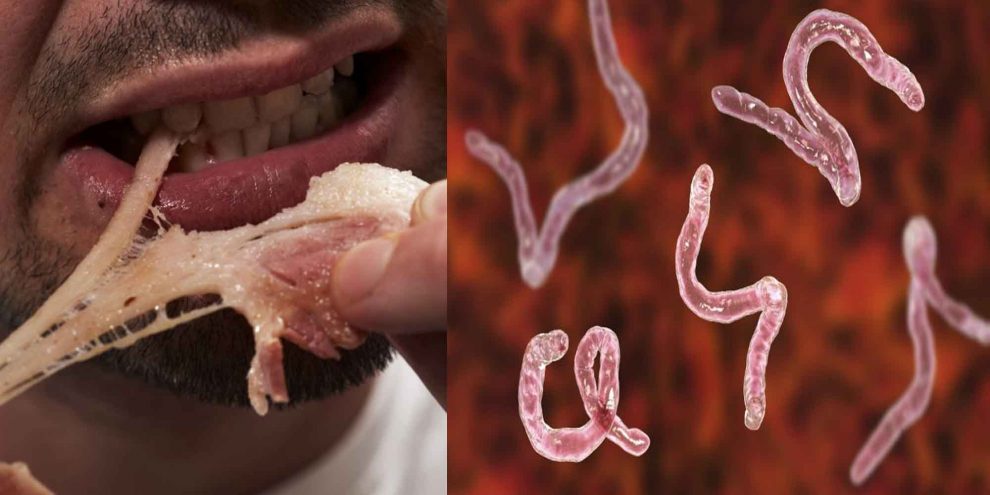 Beijing: A construction worker, Zhu Zhong-fa was diagnosed with over 700 tapeworms in his brain and chest after he consumed undercooked pork.

Zhong-fa, with symptoms of foaming at the mouth and fainting randomly, went to the First Affiliated Hospital of College of Medicine at the Zhejiang University of China around a month after the symptoms began.

In a bid to find out the causes of these symptoms, Zhonga-fa went through an MRI scan that revealed that he had more than 700 worms in his brain and chest in a condition known as Neurocysticercosis. This condition occurs when parasitic larvae in undercooked pork build-up in the body, eventually invading the central nervous system and triggering seizures.

Zhunga-fa’s doctors said that the parasites were also in the lungs and were filling up the muscles inside the chest cavity. Zhong-fa’s organs were showing signs of damage due to the consumption of undercooked pork.

After proper diagnosis, Zhong-fa was prescribed with anti-parasitic drugs to protect his organs from further damage and Zhong-fa has reportedly been recuperating. Zhong-fa’s has other tests that will decide his next course of treatment. Zhong-fa is resident of Hangzhou city capital of Zhejiang Province in East China.

Doctors killed the larvae inside Zhong-fa’s body using anti-parasitic drugs and gave him medication to protect his organs and reduce any side effects brought on by the treatment.

Doctors say that non-vegetarians should refrain from consuming undercooked meat. The tapeworm eggs stay alive if the meat is not cooked properly. Consuming uncooked meat leaves the chances of the tapeworms to travel through the body inflicting various diseases.

“Patients’ response to infection differs from person to person depending on where the parasites occupy. In this case, he had seizures and lost consciousness, but others with cysts in their lungs might suffer from severe cough,” doctors said.

Also Read: China to Tap Pork Supplies From its Reserves Over Swine Fever