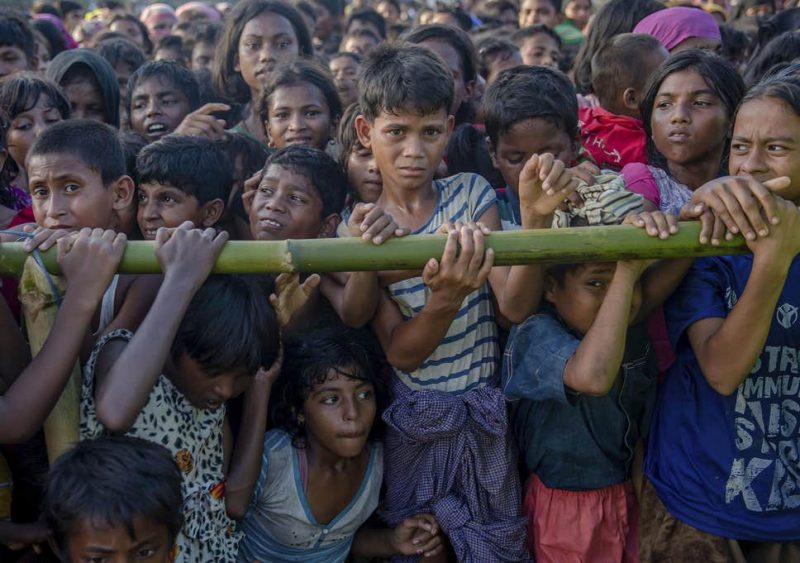 On a government tour, the BBC saw four locations where secure facilities have been built on what satellite images show were once Rohingya settlements.

But Myanmar officials have denied building on top of the villages.

The UN has described it as “textbook ethnic cleansing”. Myanmar (also called Burma) has denied large-scale killings by its forces.

Myanmar, a majority Buddhist country, continues to deny its troops carried out ethnic cleansing and genocide. The country has now said that it was ready to take some refugees back.

But last month, a second attempt to start repatriating Rohingya refugees failed, after none of the 3,450 people approved by Myanmar to return agreed to do so. They cited the lack of accountability for atrocities committed in 2017, and uncertainty over whether they would get the freedom of movement or citizenship.

Myanmar blamed Bangladesh and said it was prepared to receive large numbers of returnees. To demonstrate this they invited journalists, including the BBC, to see their facilities.

The government took the BBC team to Hla Poe Kaung transit camp, which it says can house 25,000 returnees, who would stay for two months before moving to permanent housing.

The camp, which was completed nearly a year ago, is in poor condition; the communal toilets have fallen apart. It was built on the site of two Rohingya villages, Haw Ri Tu Lar and Thar Zay Kone, demolished after the 2017 violence. (IANS)