Yangon: Myanmar has confirmed the country’s its first coronavirus infections, which was detected in two citizens returning from overseas, the Ministry of Health and Sports said on Tuesday. One is a 36-year-old Us green-card holder who returned to the country on March 13, reports Efe news.

After suffering from a fever, he was isolated at Tedim Township General Hospital in Chin state with no coughing, nor any respiratory problems.

His swab test was taken to the national laboratory in Yangon on March 22 and found positive on Monday. The other is a 26-year-old who arrived in Yangon from England on March 22 and was taken into routine quarantine in Hmawbi township. Although he had no symptoms, he also tested positive on Monday and is in isolation in a Yangon hospital. The announcement has reportedly sparked mass panic buying in stores in Yangon.

These first two cases come after mounting concern that Myanmar was one of the few countries in the region who had not declared any infections among an apparent lack of testing and for the impact an outbreak would have on the nation’s weak healthcare systems and lack of facilities.

Earlier this month, government spokesman Zaw Htay told reporters that the “lifestyle and diet of Myanmar citizens” had protected the country against the virus, while others cited Buddhism. (IANS) 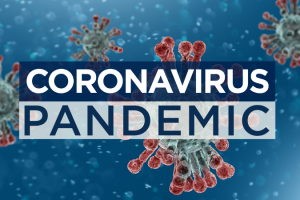