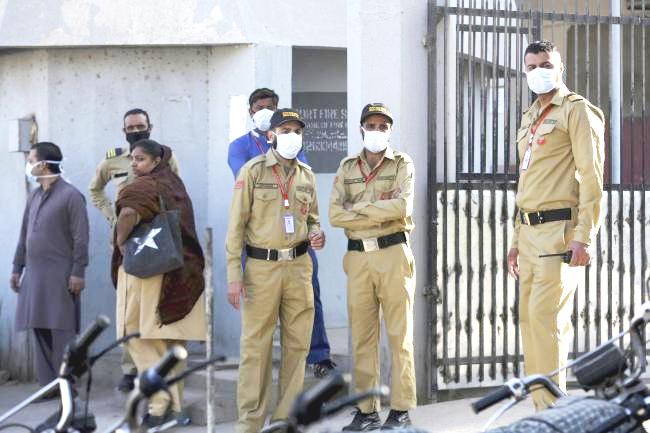 There were three more deaths confirmed by the authorities earlier in the day. More than 370 people have been shifted to hospitals, 100 among them were in critical condition.

Deputy Inspector General of Police of South Karachi Sharjeel Kharal on Monday told media that the gas leaked when workers were unloading a chemical loaded container from a ship docked at the Kemari area of the Karachi port, the Xinhua news agency reported. Over 150 others complaining of breathing difficulties have been rushed to the hospital over the last 24 hours.

Shah’s directives came during an emergency meeting at his house after he visited the affected areas, according to his spokesperson, Rasheed Channa, Dawn reported.

“The smell is spreading with the wind,” said Shah, while issuing directives to shift residents of the affected areas to marriage halls located in the nearest safe area.

Prime Minister Imran Khan also expressed grief over the loss of precious lives in the incident. In a related development, the Sindh cabinet, according to TV reports, postponed its meeting scheduled for Tuesday, apparently to pay undivided attention to the issue. The cabinet will now meet on Wednesday. (IANS)

Also Read: Five dies, 70 faint as a gas leak from a container in Pakistan