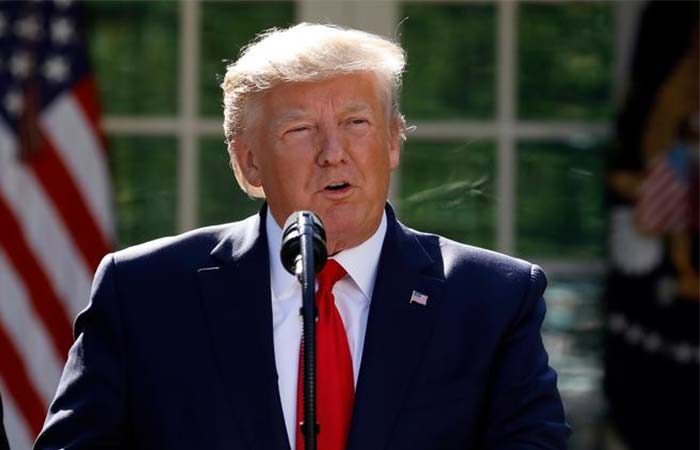 Washington: US President Donald Trump has said that the Washington-sponsored peace talks with the Taliban were “dead” after he suddenly canceled a meeting he had scheduled with both the militant group and Afghan leaders in Maryland.

“They’re dead. They’re dead. As far as I’m concerned, they’re dead, Donald Trump told reporters at the White House on Monday after being asked about the peace talks.

The President on Saturday had announced the cancellation of a “secret” meeting with the Taliban and the Afghan government he had planned for Sunday at the presidential retreat in the Maryland countryside near Washington, reports Efe news.

Trump canceled the meeting after the Taliban admitted carrying out an attack in Kabul on September 5 that killed 11 people, including a US soldier.

“They thought they had to kill people in order to put them in a little better negotiating position,” Trump said on Monday, adding: “You can’t do that. You can’t do that with me.”

However, the US government has not specified if the cancellation of the meeting means that the peace talks Washington and the Afghan insurgent group have been holding for more than a year in Qatar to put an end to the almost-two-decade-long conflict in the war-torn country were at an end.

US Secretary of State Mike Pompeo said on Sunday that Washington remained open to reaching a peace accord with the Taliban, albeit one with “conditions”.

Despite his unequivocal statement about the talks with the Taliban, Trump also seemed to leave the door open to future dialogue, saying that the US was still talking with the Afghan government and with others and “we’ll see” what happens.

The President also denied that there were internal divisions among his team regarding the decision to host the Taliban leaders at Camp David, as some US media outlets had reported.

“There have been plenty of so-called bad people brought up to Camp David for meetings. The alternative was the White House and you wouldn’t have been happy with that, either,” said Trump.

The Taliban spokesman in Doha, Suhail Shaheen, said on Sunday that the insurgent group had already reached an accord with the US, calling Trump’s sudden announcement of the cancellation of the talks “surprising”. (IANS)