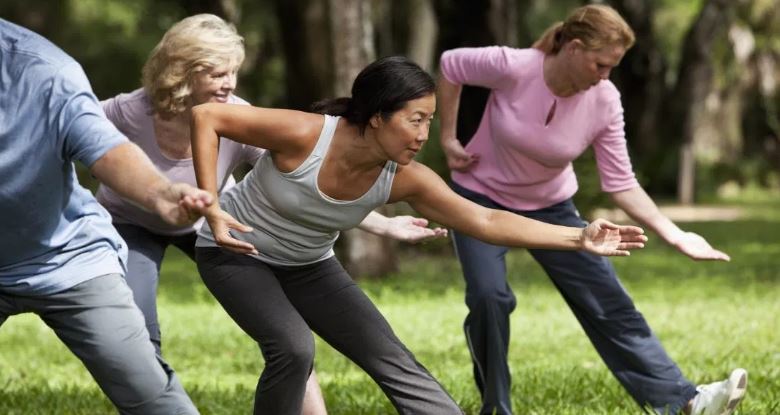 New York: Practicing Tai Chi at a young age can protect you from developing chronic low back pain in adulthood, a new study suggests. Tai Chi is an internal Chinese martial art practiced for both its defense training, its health benefits and meditation.

The study evaluated the feasibility and acceptability of using T’ai Chi to improve chronic low back pain in adults over 65 years of age compared to health education and usual care.

“Many of us have become familiar with pictures of large groups of older people in China or Hong Kong practicing T’ai Chi together. Thie study suggests that older adults here in the United States may similarly find such practices acceptable and useful, “ said John Weeks from JACM journal in the US.

Tai Chi has been shown effective for improving chronic back pain yet with little attention to older adults.

For this study, researchers focused only on adults older than 65. Participants were randomly assigned to 12 weeks of Tai Chi, a 12-week health education intervention, or usual care.

Measures of recruitment and retention contributed to the determination of feasibility, the researchers said.

The findings indicate that the study was feasible and had acceptable recruitment, few dropouts, and an excellent safety profile.

Among the Tai Chi participants, 62 per cent attended at least 70 per cent of the classes during the 12-week intervention period.

Remarkably, at 52 weeks, 70 per cent of Tai Chi participants reported having practiced the week before, with a median of 3 days per week and 15 minutes/session.

Both participation and perception of helpfulness were lower in the health education group, according to the researchers.

“Though more research is needed on treatments for chronic low back pain in older adults, our study showed that it’s feasible to do a clinical trial of Tai Chi for this condition,” said study researcher Karen Sherman from Washington University in the US. (IANS)