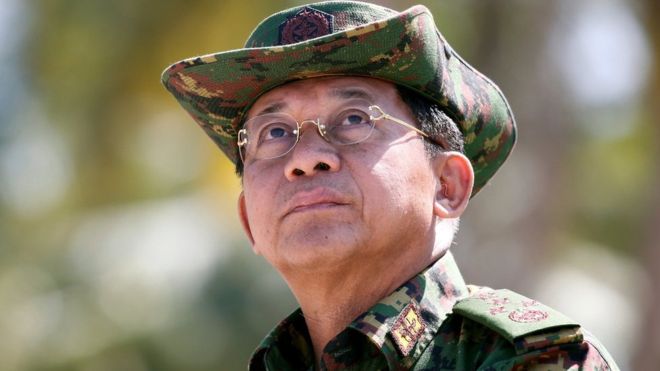 Washington: The US has imposed sanctions on the Commander-in-Chief of Myanmar’s armed forces and another three top military leaders of the Southeast Asian country for the extra-judicial executions of members of the Rohingya ethnic minority. These are the most restrictive sanctions that the US has imposed so far in response to what a UN Special Commission last year called crimes against humanity committed by soldiers and militant groups against the Rohingya, Efe news reported.

“With this announcement, the United States is the first government to publicly take action with respect to the most senior leadership of the Burmese military,” US Secretary of State Mike Pompeo said in a statement on Tuesday. “We designated these individuals based on credible information of these commanders’ involvement in gross violations of human rights,” including “extrajudicial killings in northern Rakhine State during the ethnic cleansing of the Rohingya,” the statement added.

The sanctions are against Gen. Min Aung Hlaing (the commander-in-chief of the national army) and his number two, Soe Win, as well as the Brigadier General of the 33rd Light Infantry Division, Aung Aung, and his counterpart from the 99th Infantry Division, Than Oo. All of them and their immediate families are now banned from entering the US, Pompeo said while explaining the effect of the sanctions, which do not appear to have any financial impact. The Burmese military denies the accusations and insists that the operations only responded to an alleged attack by the Arakan Rohingya Salvation Army Rohingya guerrilla group against some 30 police posts on August 25, 2017. (IANS)