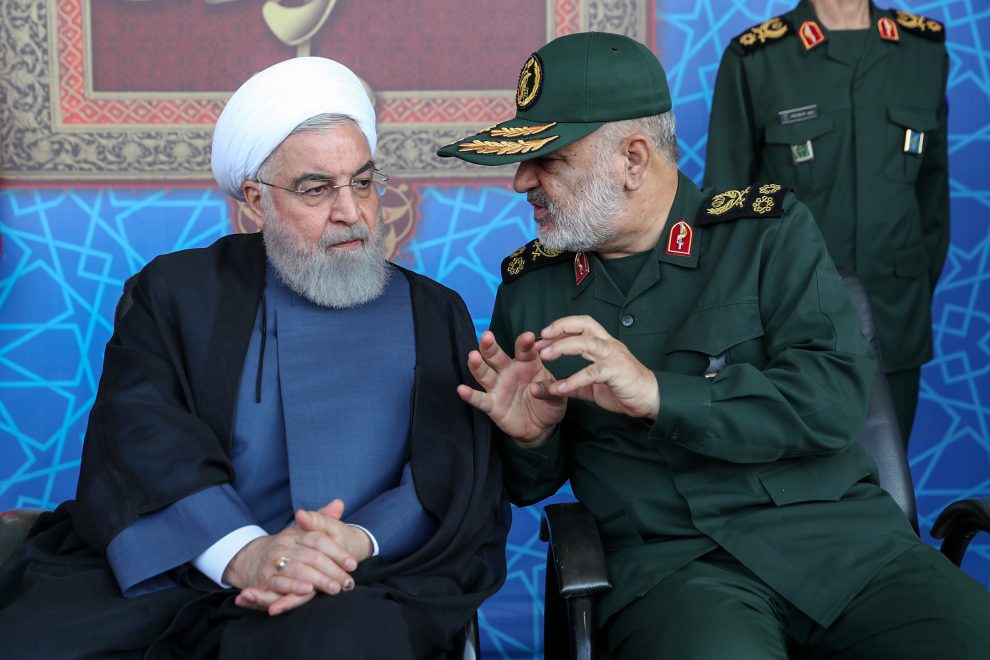 TEHRAN: Iranian President Hassan Rouhani on Sunday warned that foreign forces were threatening the security of the Gulf, after the US said it was deploying troops to the region. Rouhani’s remarks comes a day after it was revealed that the US is sending more troops to Saudi Arabia in the wake of the September 14 drone attacks on a major oil field and a petroleum processing facility in the Kingdom.
The Yemeni Houthi rebels said they had carried out the attacks. But both the US and Saudi Arabia said Iran was behind them. Tehran has strongly denied their claim.
“Foreign forces can cause problems and insecurity for our people and for our region,” the BBC quoted Rouhani as saying in a televised speech on the anniversary of the start of the 1980-1988 Iran-Iraq war.
He called the deployment of such forces in the past a “disaster” and told them to “stay away”. “If they’re sincere, then they should not make our region the site of an arms race… The farther you keep yourselves from our region and our nations, the more security there will be.”
Hassan Rouhani also said Iran would present a new Gulf peace initiative to the UN, which begins the main part of 74th General Assembly session in New York on Tuesday.
However, he gave no details, saying only that peace in the Strait of Hormuz could be achieved “in co-operation with various countries”.
The President added that Iran was “ready to let go of the past mistakes” made by regional neighbor, the BBC reported.
“In this sensitive and important historical moment, we announce to our neighbors, that we extend the hand of friendship and brotherhood to them,” he said.
The Houthi rebels in Yemen have also made a peace initiative on Saturday, saying they would end all attacks on Saudi Arabia provided the Kingdom and its allies did the same. (IANS)