Deemed as the entry point of Nagaland, Dimapur is a well connected town that takes pride for good roads and scenic beauty. This town offers plentiful opportunities to those who have a deep love for nature and history. The 13th century old Kachari Ruins are a heritage and among the most attractive places in Dimapur. In the Middle Ages, Dimapur was the capital of the Dimasa Kachari kingdom. Some of its tourist places are Kuki Dolong Village, Nichuguard Village, Chumukedima, Sethekima Village and Medziphema, which are known for their stunning landscape beauty in a calm & quiet environment. 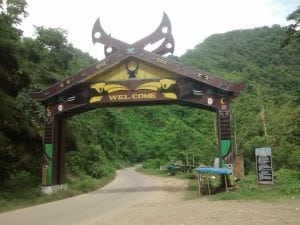 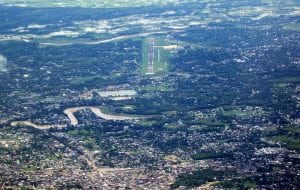 The name Dimapur is derived from the Dimasa language; "Di" means "water", "ma" means "large" & "pur" is derived from sanskrit word, which means "city". Ultimately, it translates into "Big-river-city", associated with the meaning of "Kachari", which means "people of the river valley" and after the river which flows through it (Dhansari). It is also the gateway to Nagaland and its only rail-head. In the Ahom Chronicles, Dimapur is referred to as 'Che-din-chi-pen' (town-earth-burn-make) meaning 'brick town' and at others as 'Che-Dima' meaning town of the Dimasa.

During World War II, Dimapur was the centre of the action between the British India and Imperial Japan. The battle for Kohima, which was about 77 km from Dimapur, is considered to be the turning point for the Japanese retreat from South East Asia. Diphuphar is one of the places in Nagaland that witnesses a mixture of 16 tribal cultures like those of Angami, Lotha, Chakehsang, Sumi, Sangtam, Ao, Rengma Pouchury and Zeliang. Ruzaphema is the shopping destination of Dimapur, which is located about 5 kms away from Kohima. This place has several finest artifacts of Nagaland. Dimapur houses various other tourist points like Zoological Park, Ao Baptist Church, Diezephe Craft Village, Nagaland Science Centre, Green Park, Rangapahar Forest Reserve, Intaki Wildlife Sanctuary and Shiv Mandir.

Diezephe Craft Village, 13km away from Dimapur, is a home to many skilled weavers and craftsmen, and is guided by Nagaland Handloom and Handicrafts Development Corporation Limited for resources and support. This village has played a significant role in craft export to other states in the recent years. The primary inhabitants of the village belong to the Tenyimei community, which is popular for their excellent craftsmanship, with deft woodcarving, bamboo and cane work and other forms of handloom and handicrafts products.

The Rangapahar Reserve Forest has various medicinal plants. Apart from that, one will also see a variety of bird species and animals like bear, deer, chitals, wild goat, etc. including many endangered species. The forest covers 49.4 acres of land. Chumukedima Village is located 6 KM towards the East from the district headquarters, Dimapur and 46 KM from State capital Kohima. It has served as the first district headquarters of the then Naga Hills district of Assam during the 19th century of British rule. From the top of the hill one can have a bird's eye view of the whole district of Dimapur and even of Karbi-Anglong District of Assam. Many waterfalls are also located in and around this village, the Triple Falls being one of the popular ones.

Kuki Dolong Village, 20 kilometers away from Dimapur, is inhabited by the Kuki"tribe, one of the oldest tribes in the North East (as the name suggests). One will get to see the Kuki's houses of the made of bamboo with a distinctive pattern unlike other traditional houses of Nagaland. Kuki shawls are also very popular for their colour and design patterns. There are various other sightseeing places like Green Park, Nagaland Science Centre, Medziphema, Ruzaphema, Dimapur Ao Baptist Church and more.