Sandalore is a synthetic sandalwood odorant with odour in some ways similar to sandalwood, which is used to make the body perfumes and also skin cleaners. Sandalwood is known to have many unusually effective benefits like the wound-healing properties because it interacts with certain kinds of olfactory receptors in the skin. With this in mind, the researchers hypothesized that the chemical could have similar effects on hair follicles. 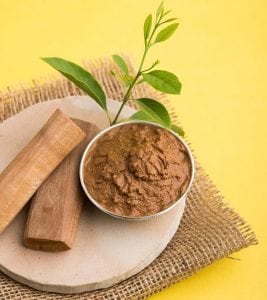 The smell of sandalwood might be the answer to baldness. UK researchers found the substances that create sandalwood’s smell also stimulate hair growth in human scalp tissue. To be able to smell sandalwood, the odour molecules trigger smell receptors in our noses. But it turns out the outside of hair follicles have the smell receptors as well. The researchers found that applying synthetic sandalwood odour molecules on samples of human scalp stimulated hair growth by reducing cell death and boosting the production of growth factors in the hair root. The researchers suggest that olfactory receptors may serve as a target for the development of hair loss therapies.

To find out the solution the team of the researcher has treated the sample of the human scalp skin with the Sandalore and they found that it stimulated a hair-growth factor called IGF-1 when it is bound to the olfactory receptor OR2AT4. As further the evidence they found that is OR2AT4 plays an important role in hair growth, as the researchers have shown that the hair follicles more quickly died when they have silenced the receptor. 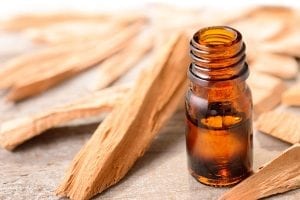 While it's still unclear whether Sandalore could continuously stimulate hair growth over a long-term period, the expert said that the chemical could soon be offered as an "Olfactotherapy" treatment for hair loss, a condition that affects about 80 million men and women in the U.S.

This comes after the research released earlier this week, which showed that a wearable device made up of 900 microlasers stimulated hair growth in rats with alopecia. Wearing the 20mm thick patch for just 15 minutes a day for less than three weeks caused the rodents to grow longer hair faster than those who received a standard hair growth injection.

"Sandalore, the synthetic sandalwood odorant, is already offered as a cosmetic product in Italy by the company that has co-sponsored the current study done by the scientist. Now, the researchers have a larger scale, professionally-controlled clinical trial underway, and the experts are hoping to see the results for it by the beginning of next year.