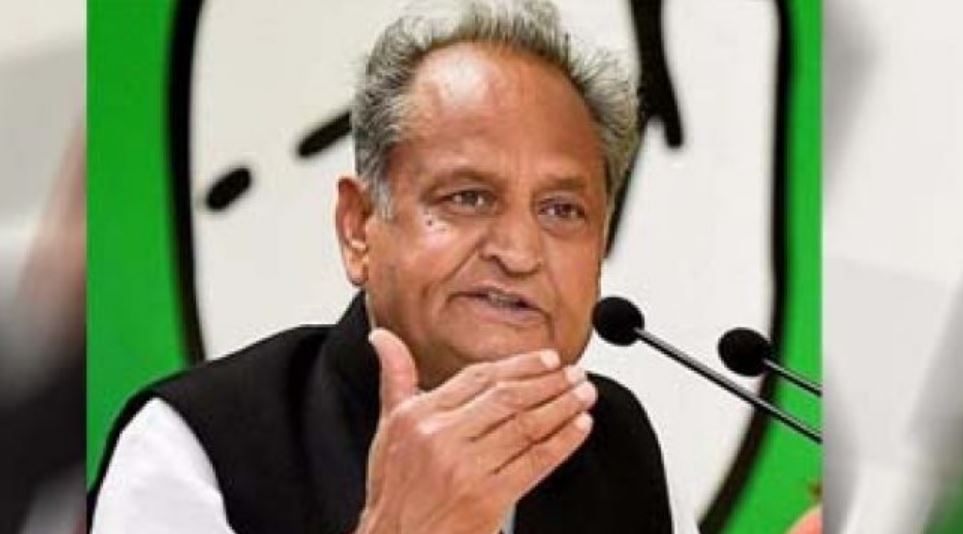 Jaipur: Chief Minister Ashok Gehlot on Saturday strongly criticized the overnight scrapping of Presidential Rule (PR) in Maharashtra and expressed doubt whether Devendra Fadnavis can be a successful Chief Minister in the situation. In his two tweets, Gehlot sent out his strong reaction on the surprising overnight development in Maharashtra. In his first tweet, he said: “What was the need to hide and do the act in Maharashtra. What kind of morality it is to scrap the Presidential Rule overnight and administer oath of secrecy? “In which direction they are taking democracy to? The country men shall give a befitting reply to this and will teach BJP a lesson.”

In his next tweet, he said: “It is doubtful that Fadnavis can be successful as CM. Both CM and Deputy CM have taken oath of secrecy under guilt consciousness and hence it is doubtful that they will be able to give good governance which shall be a big loss to Maharashtra public.” Gehlot, in fact, had hosted the 44 Congress MLAs from Maharashtra in a plush resort for five days where they were not allowed to meet anyone. During their stay in Rajasthan, these MLAs were given VIP treatment and were taken on a tour to different locations of the State. (IANS)

Also Read: Rahul Gandhi Is And Will Remain Captain of Congress: Ashok Gehlot

Also Watch: AGP leadership has not been vocal against the CAB: Prafulla Kumar Mahanta