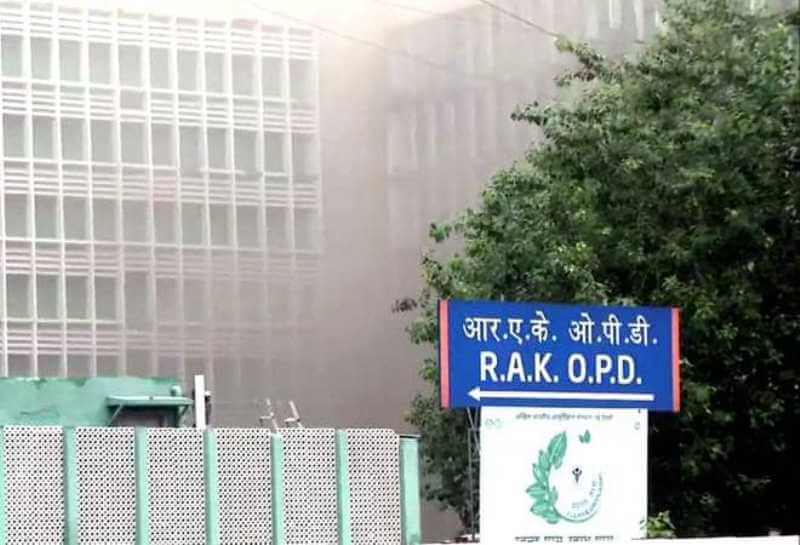 An incident of a major fire breakout has taken place in New Delhi based All India Institute of Medical Sciences (AIIMS)’s second floor. as per reports, the fire broke out near the emergency ward f the hospital and considering the severity of the situation of and the complexity of the fire, dozens of fire tenders are being engaged to control the fire.

Recent reports say that the patients, staff and the attendants of the hospital are being evacuated safely from one building and the patients of the nearby wards are also being shifted. So far, no reports of any casualty due to the fire has been received by the fire services department. The chief fire officer Atul Garg has informed that a total of 22 fire tenders are rushed and are already working to tame the fire and further damage.

Notably, the second floor of the hospital basically consists of the doctors’ rooms and research labs. It has also been added by the fire service dept. that the firefighters have pressed into a man-lift to check if there are any people inside the affected part of the building and if anybody is left to be rescued.

Primarily, the fire is suspected to be triggered by a short-circuit. however, the exact reason is yet to be known and an investigation will be launched to go into the depth of the matter once the fire is controlled.

An official of the fire services dept. stated that a call was made from the PC and Teaching Block of the hospital at around 4.50 pm on Saturday evening to inform it of the fire and as soon as the information as received, a reasonable team of 22 fire tendered s were deployed immediately. As AIIMS is one of the major health care institutes of India, the matter of the fire breakout has been taken seriously.