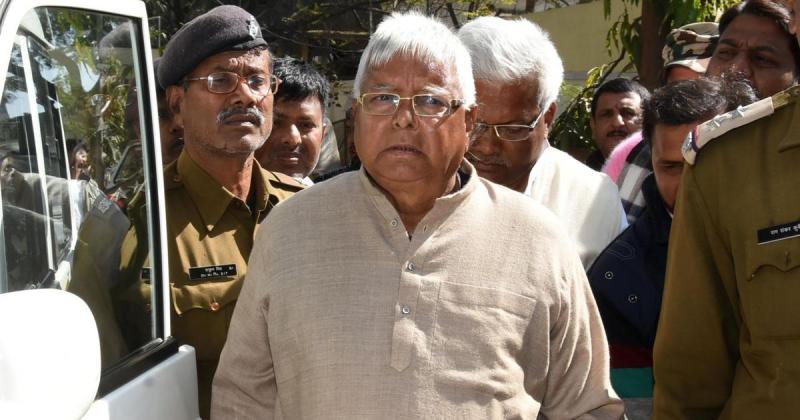 Ranchi: Rashtriya Janata Dal (RJD) chief Lalu Prasad on Thursday recorded his statement in an ongoing fodder scam case in a special Central Bureau of Investigation (CBI) court here. Lalu Prasad was earlier brought from the Rajendra Institute of Medical Science here to the court for his appearance.

His statement was recorded in connection with the fodder scam case related to the alleged fraudulent withdrawal of Rs 139 crore from the Doranda treasury in Ranchi.

Statements of 107 of the 111 accused have been recorded so far in this case, hearing on which is going on in the court of Special CBI judge S.K. Shashi.

The former Bihar Chief Minister is accused in six fodder scam cases. Of the five cases in Jharkhand, he has been convicted in four. The trial in the fifth case is underway in the Special CBI Court in Ranchi. Lalu Prasad was convicted in the first fodder scam case on September 30, 2013. He was awarded five years in jail related to fraudulent withdrawals from the Chaibasa treasury.

5 S-400 air defense systems to be delivered to India in 2025, as per schedule: Russia
Jammu and Kashmir : Terror module busted in Srinagar, 5 held