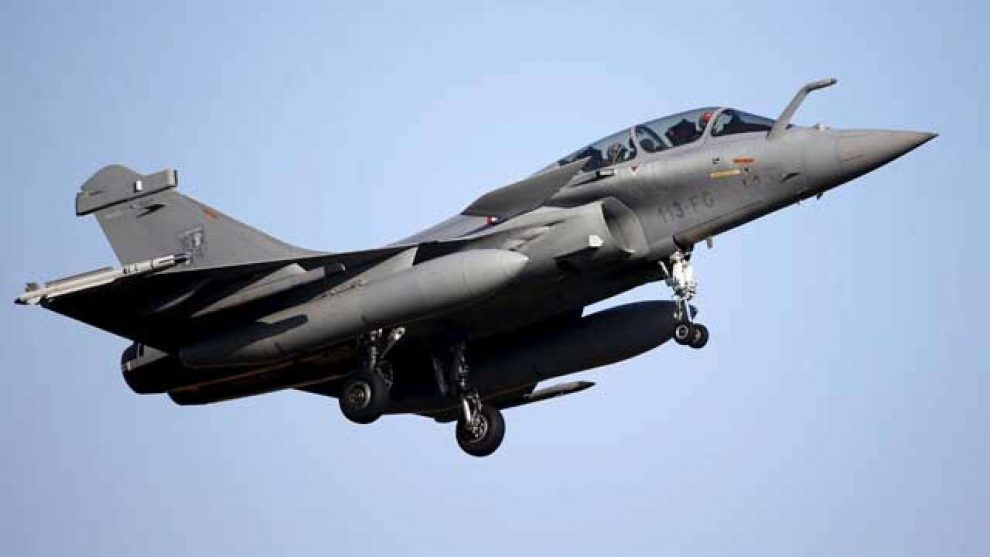 New Delhi: India will receive the first Rafale fighter aircraft from its French manufacturer Dassault Aviation in France on October 8, defence sources said on Tuesday. The first batch of the aircraft will, however, arrive in India by May next year for which preparations are already underway in the country. Defence Minister Rajnath Singh, along with a team of senior officials, is scheduled to travel to France for receiving the first aircraft in a ceremony. India has signed a multi-billion dollar deal with France and Dassault Aviation for procuring 36 Rafale fighter jets for the Indian Air Force (IAF). “As per the earlier plan of action, the first Rafale aircraft was to be handed over to India in the last week of September. The current Air Chief Marshal B.S. Dhanoa was scheduled to travel to France along with Defence Minister Rajnath Singh for the ceremony. “However, October 8 has been chosen now because it is not only celebrated as IAF Day but the auspicious festival of Dussehra also falls on this date in 2019,” said a defence official.

The first squadron of Rafale aircraft will be stationed at the Ambala Air Force Station, a strategic IAF base located around 250 km away from the India-Pakistan border. The second batch will be stationed at the Hasimara base in West Bengal located strategically near the border between India and Bhutan. As per sources, more than Rs 400 crore has been sanctioned for revamping the two airbases for inducting the Rafale jets.

On Tuesday, Air Chief Marshal Dhanoa formally resurrected IAF’s 17 Squadron, which will be equipped with the Rafale, at the Ambala Air Force Station, before the aircraft begin to arrive in India in batches. The 17 Squadron, also known as the ‘Golden Arrows’, had been disbanded in 2016 after the phasing out of the MiG 21 aircraft.

In the past, the squadron has been equipped with aircraft including the Harvard-II B, the De Havilland Vampire and the Hawker Hunter. Dhanoa had commanded the squadron during the Kargil War of 1999. Earlier, the squadron was stationed in Bathinda.

Also Read: Detection, Deportation of Illegal Migrants Must be Carried out