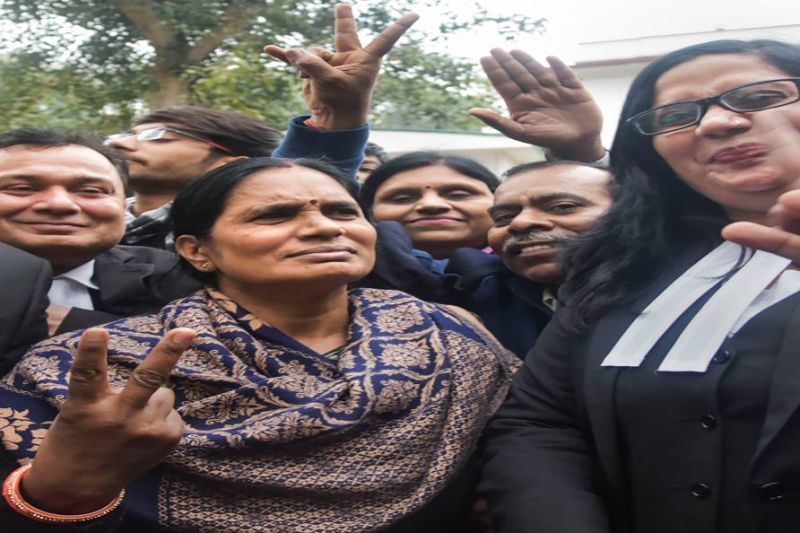 NEW DELHI: Senior lawyer Indira Jaising was slammed by many after she urged Asha Devi, Nirbhaya’s mother, to follow the example of Sonia Gandhi who had pardoned her husband Rajiv Gandhi’s killer Nalini.
“While I fully identify with the pain of Asha Devi I urge her to follow the example of Sonia Gandhi who forgave Nalini and said she didn’t not want the death penalty for her . We are with you but against death penalty,” tweeted senior lawyer Indira Jaising.
Asha Devi had expressed disappointment over the decision of a Delhi court which issued fresh death warrants against the convicts. The Nirbhaya convicts will now be hanged to death at Delhi’s Tihar Jail at 6 a.m. on February 1. Additional Sessions Judge Satish Kumar Arora on Friday issued fresh death warrants against the four convicts in the case after being informed by Tihar Jail authorities that the mercy plea of convict Mukesh has been dismissed by the President. Public Prosecutor Irfan Ahmed had earlier in the day moved a fresh application seeking issuance of death warrants against the four death row convicts, telling the court that no plea of the convicts is pending before it or any other forum.

The four convicts –Mukesh, Vinay Sharma, Akshay Thakur, and Pawan Gupta – were earlier due to being executed at 7 am on January 22.

The 2012 Delhi gang-rape case involved a rape and fatal assault that occurred in Munirka in South Delhi. The incident involved a 23-year-old girl, who was beaten and gang-raped in a private bus in which she was travelling with a male friend. She later died in a Singapore hospital where she was airlifted for specialised treatment.

Piyush Goyal: Statue of Unity in Guj to create “economic ecosystem” worth Rs 1 lakh crore
Mumbai to get 24×7 freedom at midnight from January 26