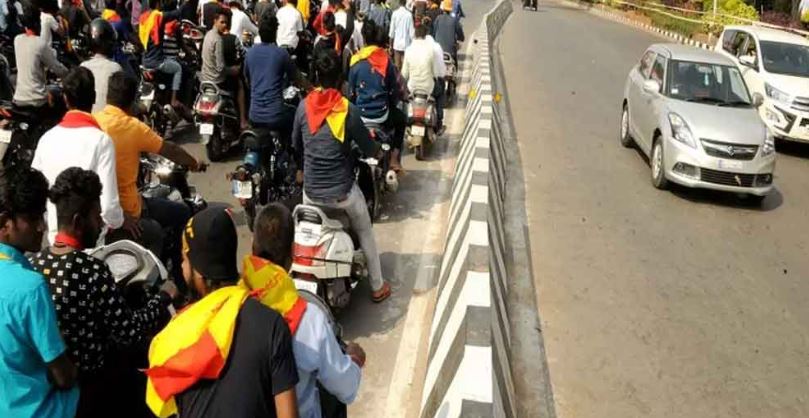 Bengaluru: About 100 pro-Kannada outfits began a day-long shutdown in Karnataka on Thursday under a common banner, seeking more jobs for Kannadigas in state-run enterprises and job reservation for locals in the private sector.

“The 12-hour shutdown across the state is being observed for implementing the Sarojini Mahishi report, which recommended majority of jobs to Kannadigas in the public sector undertakings, private firms and multinationals across the state,” Karnataka Sanghatanegala Okkoota secretary H. Nagesh told IANS here.

Normal life, however, remained unaffected in Bengaluru, other cities and towns as state-run buses and trains are operating normally and markets have opened. (IANS)