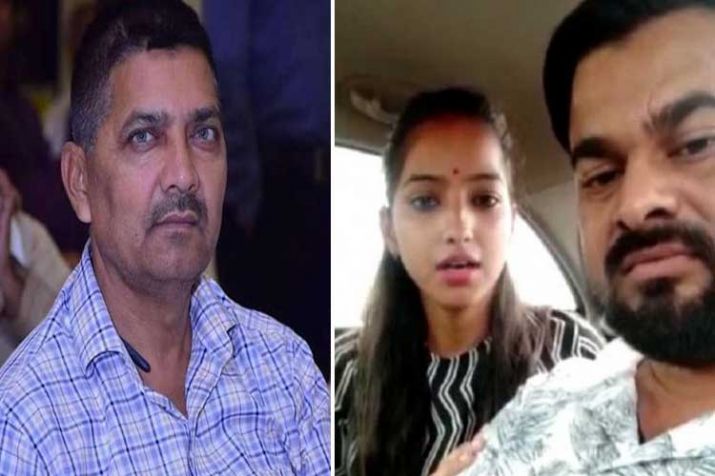 New Delhi: Breaking his silence after several days over the much talked-about elopement of Sakshi-Ajitesh, the father of the girl and BJP MLA Rajesh Mishra said that a lobby of politicians and officials hatched a conspiracy to malign his image and finish his political career under the garb of the elopement incident.

“My daughter was pressured by a local politician to record a video. A bureaucrat’s wife was also involved in provoking my daughter to speak against (my) family,” said Mishra, an MLA from Bareilly’s Bithari-Chainpur consituency.

Naming the local politician as Gaurav Arman, a former Block Pramukh, Rajesh Mishra told IANS, “Gaurav (a former business partner) had cheated me so I parted ways with him. He shook hands with my political adversaries, including a bureaucrat’s wife, and hatched a conspiracy (of elopement) with the help of Ajitesh’s family.”

On bureaucrat’s (a senior UP official) wife’s connection, Mishra said that the “lady was eyeing Bathari (consituency from where Mishra was elected MLA in 2017). She had political ambition and therefore an axe to grind.”

On Sakshi’s inter-caste marriage with Ajitesh, the BJP MLA told IANS on phone from his house in Bareilly, Uttar Pradesh: “She is grown up… she can decide her future. I will not be a barrier for her. However, the way a lobby of my adversaries acted against me, tried to add fuel to the fire and finally tried to malign the image of my family has hurt me. I do not want to go out anywhere. The Assembly session is on in Lucknow. As an MLA I should attend the session. But frankly, I do not feel like going out anywhere.”  (IANS)