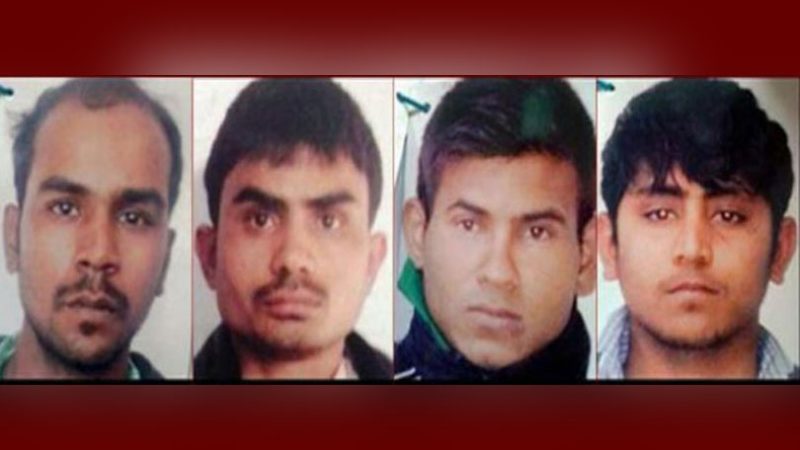 New Delhi: The Nirbhaya convicts will now be hanged to death at Delhi’s Tihar Jail at 6 a.m. on February 1. Additional Sessions Judge Satish Kumar Arora on Friday issued fresh death warrants against the four convicts in the case after being informed by Tihar Jail authorities that the mercy plea of convict Mukesh has been dismissed by the President. Public Prosecutor Irfan Ahmed had earlier in the day moved a fresh application seeking issuance of death warrants against the four death row convicts, telling the court that no plea of the convicts is pending before it or any other forum. The four convicts –Mukesh, Vinay Sharma, Akshay Thakur, and Pawan Gupta – were earlier due to being executed at 7 am on January 22. (IANS)

Also Read: Court asks for a report on the pendency of mercy plea, Nirbhaya rape case