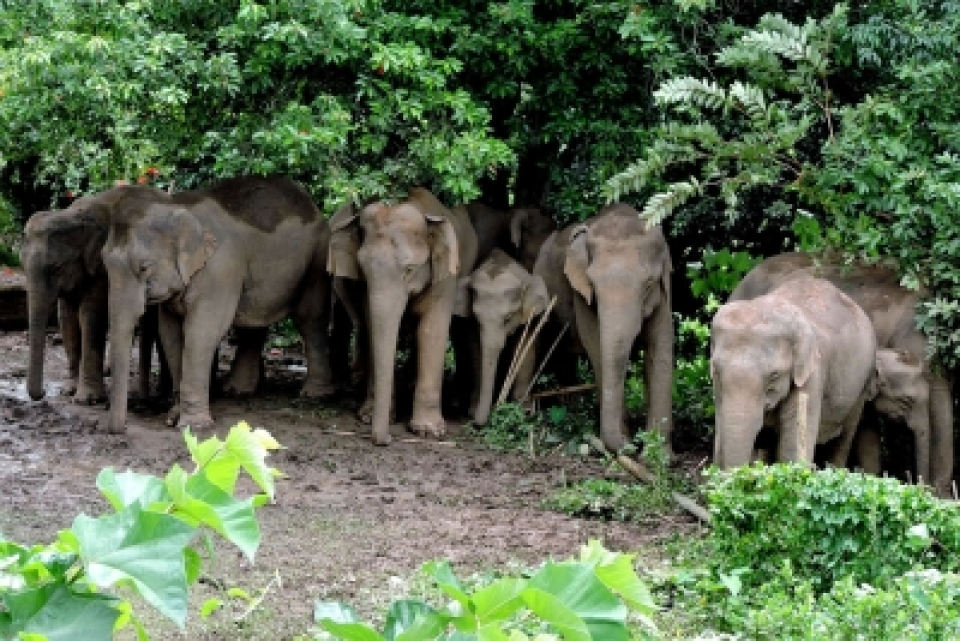 Rampur: Two wild tuskers, stranded in a town in Uttar Pradesh’s Rohilkhand region who had sent forest officials on a wild goose chase for the past almost three and a half weeks, have finally been tranquilized.

After the crucial tranquilisation carried out late on Wednesday the tuskers were now being transported by road from Bareilly to Pilibhit where they would be pushed back to forests by Thursday afternoon.

“While one tusker has almost reached the Pilibhit forest outskirts, the other one which took longer to be mounted on a truck, has also crossed Bareilly toll plaza,” Rajesh Pandey, DIG Bareilly range told IANS.

The tuskers who drifted away from their usual pathways in forests bordering Uttar Pradesh on the Nepal border (near Pilibhit) had strayed into town area, killing more than five people at different locations at different time during these weeks.

Talking to the IANS, Chief Conservative of Forest, Lalit Verma said that the two tuskers were tamed by the experts in the town of Malik, located between Rampur and Bareilly in Rohilkhand region.

The wild elephants were finally tranquilised and are being transported to forests by a special truck, meant for transportation of the mamoths.

Earlier forest authorities requested the DIG in Barelly to clear the highway so that tuskers could be transported to Pilibhit (forest) within the stipulated time. Armed police and special elephant patrol teams were deployed by the Forest Department to contain the tuskers who had lost their way in jungle and strayed into urban area.

The two wild elephants, wandering from one spot to another since the past forthnight, had killed five person in separate incidents. On Monday last, the jumbos reached Mirzapur village, 15 km from Rampur and trampled one Raju Yadav who was returning home from work on bicycle.

According to villagers, Raju was not aware of the presence of the wild elephants in the village. He unwittingly came close to them on the road near his house and was trampled and killed.

Two weeks ago, the wild tuskers killed a person identified as Baijnath in Bilaspur tehsil and injured two others. Forest officials then had said that they were trying to divert the elephants towards Bahedi in Bareilly district.

Forest officials had also got two more cow elephants from the Dudhwa Tiger Reserve for push-and-pull process to lure the tuskers away from human habitation to the forests. (IANS)