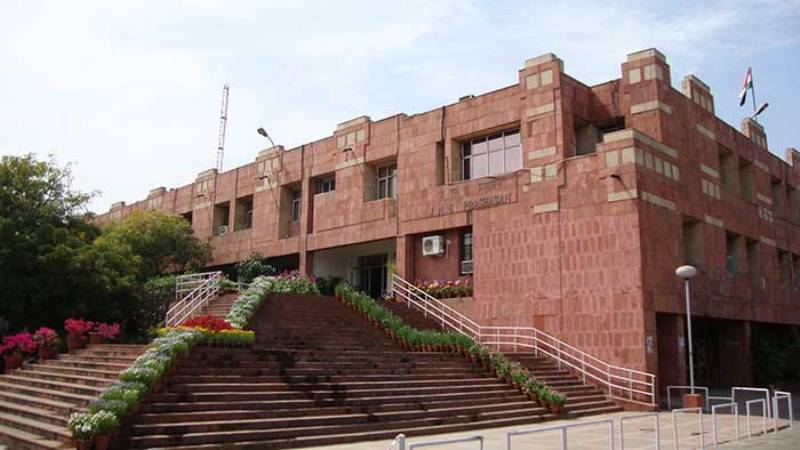 NEW DELHI: After violence broke out on JNU campus that left many students and teachers injured, the administration has made some announcement about the Republic Day parade.

“JNU is also gearing up to celebrate the Republic Day. This year, for the first time, the NCC cadets of the University will be participating in a parade at the venue of flag hoisting during the Republic Day celebrations at JNU,” tweeted Mamidala Jagadesh Kumar, Vice-Chancellor, JNU and Professor of Electrical Engineering, IIT Delhi.

A video circulated in the media shows ongoing rehearsals for the parade.

JNU has been in news recently after many students and teachers were severely injured in a direct confrontation between scores of masked goons and JNU students in Delhi on January 5. In videos circulating widely, masked goons wielding batons and rods can be seen entering hostels and engaging in vandalism. Left-leaning students of the University have claimed members of Akhil Bharatiya Vidyarthi Parishad (ABVP) behind the attacks. The latter obviously denied the claims. Those injured were rushed to AIIMS with many being admitted to the trauma centre and ICU for treatment.

Aishe Ghosh, JNU students’ union president from the Students’ Federation of India, was brutally beaten up. “I have been brutally attacked by goons wearing masks. I have been bleeding. I was brutally beaten up,” she had told reporters. She was taken to AIIMS.
Soon after the incident, politicians from various political parties visited the hospital to meet those injured.
Later, Delhi Police had registered a case of rioting and arson against unknown persons for damaging public property, as well as causing grievous hurt to students in the violence.