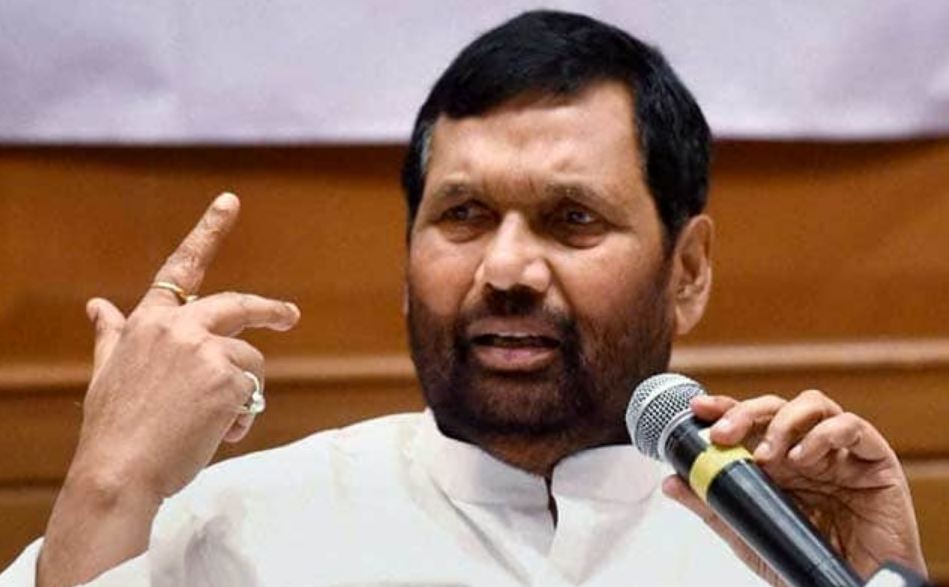 Patna: Union Minister for Consumer Affairs and Public Distribution and Lok Jan Shakti Party (LJP) president, Ram Vilas Paswan, was elected unopposed to the Rajya Sabha from Bihar on Friday, an official said. Paswan was declared elected after the deadline for the withdrawal of nomination papers ended at 3 p.m. on Friday in the absence of any other candidate. There will be no formal election, Bihar Assembly Secretary Bateshwarnath Pandey said.

Paswan had filed his nomination papers on June 20 as the NDA candidate and he was sure of his victory. A Dalit leader, Paswan did not contest the Lok Sabha polls in 2019 from his traditional seat of Hajipur in Bihar. A law graduate and MA, he was elected as a legislator in Bihar in 1969 after emerging as a student leader in the company of Sharad Yadav and Lalu Prasad. In 1977, Paswan entered the book of Guinness World Records after he won the Hajipur Lok Sabha seat in Bihar by 4.24 lakh votes — even while he was in prison after having been arrested during the 1975-77 Emergency. He has contested 10 parliamentary elections and won eight times from Hajipur. (IANS)