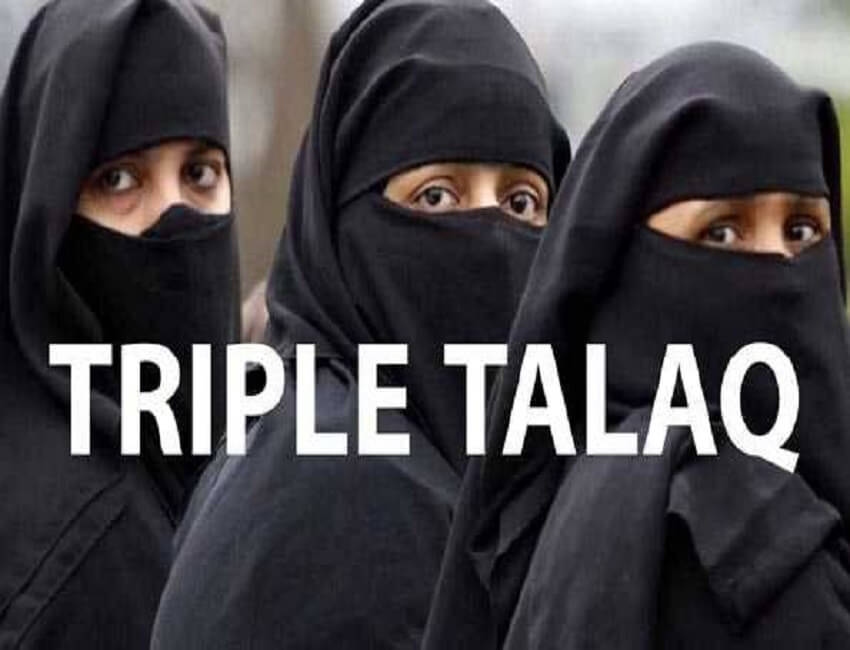 New Delhi: The Supreme Court on Friday issued a notice to the Centre on a plea challenging the constitutional validity of the Muslim Women (Protection of Rights on Marriage) Act 2019 that criminalises triple talaq.

A bench headed by Justice N.V. Ramana agreed to examine the plea, but cited the example of harassment for a dowry to asked why an act declared wrong by the court, cannot be declared an offence by Parliament.

Passed by the Centre on July 31, the triple talaq law criminalises the pronouncement of talaq and prescribes up to three years imprisonment as punishment. The court was hearing various petitions challenging the constitutional validity of the law.

Appearing for a Muslim organisation, senior advocate Salman Khurshid said there was no need to criminalise triple talaq as it had already been declared unconstitutional.

Advocate Ejaz Maqbool, who represented Jamiat Ulaima-i-Hind, said the new law defined “talaq” to mean “talaq-e-biddat” or something similar having the effect of instantaneous and irrevocable divorce pronounced by a Muslim husband.

“Pertinently, such a form of divorce had already been declared nconstitutional by the Supreme Court vide its judgment dated August 22, 2017 rendered in Shayara Bano v. Union of India,” said the petition, adding that the top court did not express any opinion to criminalise the pronouncement of talaq by a Muslim husband. (IANS)