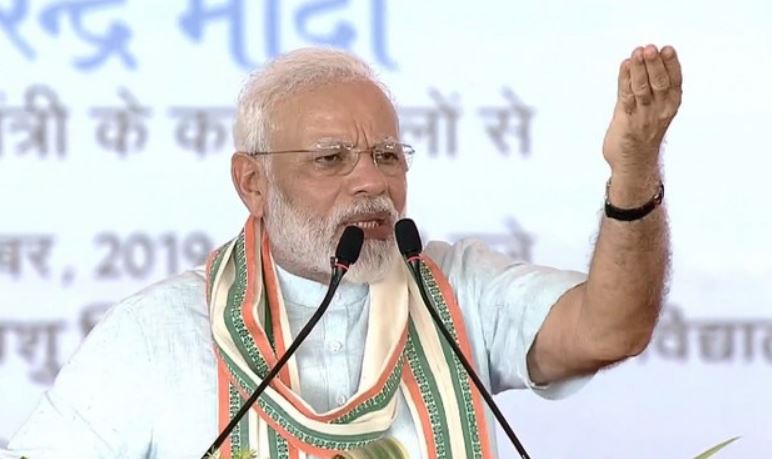 Mathura: Soon after launching a slew of welfare schemes for farmers, Prime Minister Narendra Modi on Wednesday gave a big push to environmental concerns in Mathura, as he re-emphasized the phasing out of single-use plastic. “Brajbhoomi has always inspired the world, humanity, and life. The entire world is looking for a role model for environmental conservation. But India had inspiration like Lord Krishna whose imagination without environment is impossible,” said the Prime Minister. Taking forward his pledge to phase out single-use plastic, Modi exhorted Indians to get their homes and offices rid of single-use plastic, before October 2 which also happens to be Gandhi Jayanti. Modi also launched the National Animal Disease Control Programme (NADCP) for eradicating foot and mouth disease and Brucellois in livestock. Modi said it surprised him that earlier governments didn’t deal with the problem that plagues livestock en masse, and he took it up as a campaign. This is part of the government’s efforts to double farmers’ income. He also interacted with a number of waste collectors. (IANS)