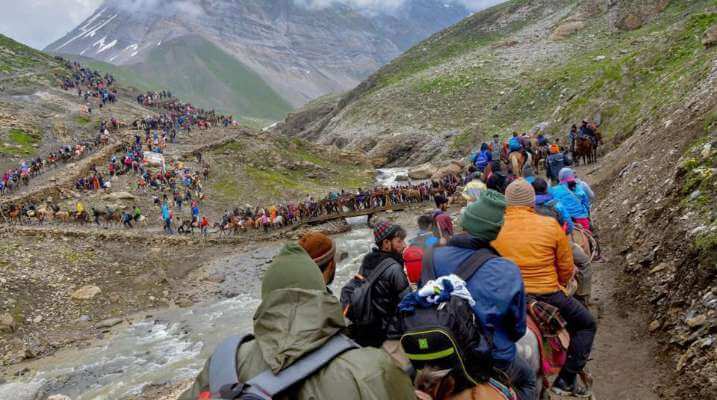 Over 1.90 lakh pilgrims performed the ongoing Amarnath Yatra in 15 days as another batch of 3,967 yatris left Jammu for the Valley on Tuesday. Officials of Shri Amarnathji Shrine Board (SASB), which manages the affairs of the annual Hindu pilgrimage to the Cave shrine, said since it started on July 1 this year, 1,93,545 pilgrims had darshan inside the Cave shrine over the past 15 days. Police said another batch of 3,967 pilgrims left Bhagwati Nagar Yatri Niwas in Jammu for the Valley in two escorted convoys today morning. (IANS)

15-year-old boy from Bihar writes letter to President, Seeks permission to die
Violence In UP Behta Village In Fatehpur District