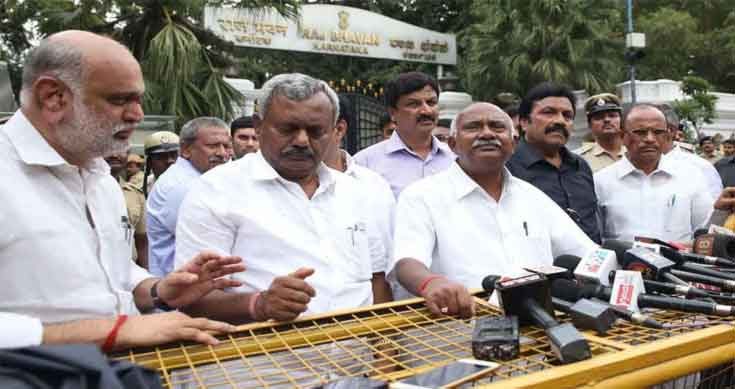 Bengaluru: Buoyed by the Supreme Court’s favourable order on their joint petitions to abstain from the Assembly, 15 Karnataka rebel legislators of the ruling Congress-JD-S allies said on Wednesday they would not attend the session on Thursday (July 18) for the trust vote by beleaguered Chief Minister H.D. Kumaraswamy.

“We are not going to Bengaluru to attend the Assembly on Thursday. We thank the Supreme Court for allowing us to abstain from the session as we have already resigned and urged the Speaker to accept them forthwith,” JD-S rebel lawmaker A.H. Vishwanath told news channels in Kannada from a star hotel in Mumbai.

Passing interim orders on the rebels’ joint petitions, the apex court’s three-judge bench, headed by Chief Justice Ranjan Gogoi said there was no compulsion on them to attend the Assembly and participate in the trust vote, which would take place as scheduled. “We will return to Bengaluru after the present government collapses. We are united in our common cause and remain together till we achieve our goal,” said Vishwanath, who was the state president of the JD-S till last month.  (IANS)