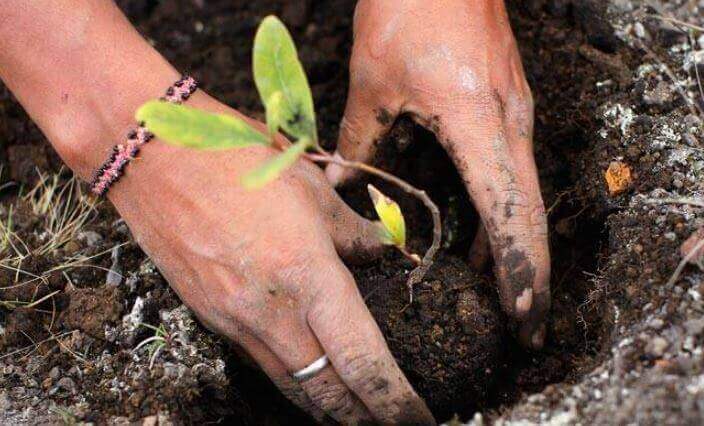 Hailakandi: The 70th Van Mahotsav Week is being celebrated in Hailakandi district with varied programmes. The Hailakandi Forest Division distributed saplings of different species to the government offices, clubs, schools, organizations and NGOs free of cost. Plantation drives are being carried out on a massive scale by the forest personnel to extend the green cover.

The forest division is aiming at planting 25,000 tree saplings during the week-long festival in schools, along the highways, office premises and barren land with a view to giving the district a green makeover.

As part of the festival, a seminar was organized by the forest division in which forest officials and environmentalists underscored the need to bring more and more areas under the green cover against the backdrop of global warming and air pollution. Divisional Forest Officer, Dinendu Biswas said in order to increase the level of oxygen, plantation of tree saplings in a big way is a must. Biswas urged the students to take up plantation drive as a part of their social responsibility.

Following the instruction of the Director, Information and Public Relations, Assam, employees of District Information and Public Relations Office planted two saplings each in the office complex Friday.  Officials and employees of the Hailakandi Municipal Board and Lala Town Committee also planted saplings in their office premises on the occasion.  Van Mahotsav is a festival that is celebrated in India since 1950 and is also known as Forest Day. The festival happens over a period of seven days and celebrated from July 1 to 7. The festival aims at increasing the green cover of India. The day was established 70 years ago by the Ministry of Agriculture and has contributed in planting lakhs of trees in the entire country.