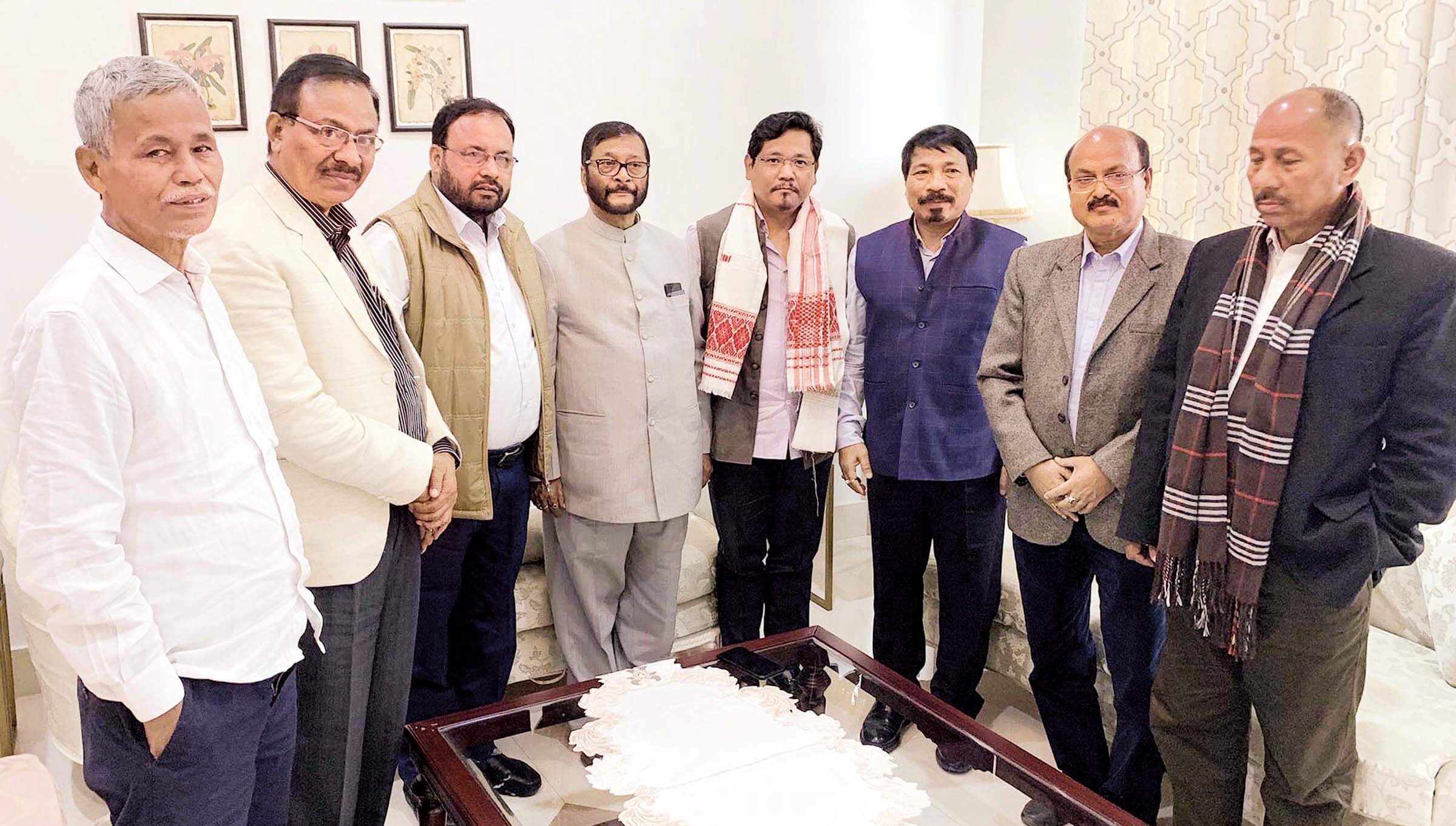 GUWAHATI: As if taking cue from the students, who are united under the NESO, the AGP and the NPP (National People’s Party) of Meghalaya have come closer for a united fight against the Citizenship (Amendment) Bill, 2019. The stage, it seems, is set for the teaming up of the two parties when NPP president and Meghalaya Chief Minister Conrad K Sangma was seen in tune with the AGP team led by its president Atul Bora.

A team of the AGP met Meghalaya Chief Minister Conrad Sangma at Tura on Friday. The AGP was in favour of a joint movement against the Citizenship (Amendment) Bill, 2019 from all the seven north-eastern States. The AGP even requested Sangma to lead the movement against the Bill from the front.

In order to drive home its point before Sangma, AGP president Atul Bora said: “The Citizenship (Amendment) Bill, 2019 is not going to spell disaster for Assam alone. This Bill will be detrimental for all States of the north-eastern region. We can get the Bill cancelled only if we’re united. The NRC being updated in Assam is going to be redundant if the Bill is passed in the Rajya Sabha. The Centre has no respects for people’s mandate against the Bill in Assam. In the face of such a discriminatory attitude of the Centre towards the region, we request you to lead the agitation against the Bill from the front.”

According to the AGP, the Meghalaya Chief Minister welcomed its gesture and agreed to a united fight against the Bill. “The Bill, if passed, is going to affect each of the seven States in the Northeast. It’s detrimental for the region,” the AGP quoted Sangma as telling it.

Also read: ‘AGP to work for Assam Accord implementation’