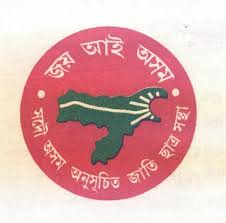 GOLAGHAT: The All Assam Scheduled Caste Students’ Union (AASCSU) of Golaghat district committee submitted a memorandum to the Deputy Commissioner of Golaghat, Dhiren Hazarika on Tuesday demanding proper implementation of the scholarship scheme for SC students.

The organization expressed sharp reaction over alleged poor implementation of the scholarship scheme in Golaghat district. In a press statement, the secretary of the organization, Pranab Protim Das said that a team comprising president of Golaghat AASCSU, Madhurjya Das and organizing secretary Prahlad Das, under the leadership of central committee chief organizing secretary Dipankar Das, met the DC of Golaghat and submitted a memorandum demanded immediate resolution of the scholarship issue.