Hailakandi: At least 105 marooned people from Porbogal and other areas in Hailakandi District were rescued by the SDRF and Fire & Emergency personnel on Tuesday.

Speaking to the media, the Administration official, Rupjoy Maibangsa, said personnel of the SDRF and fire & emergency services rescued 105 marooned people from Porbogal and other areas and moved them to safer places. “The SDRF and fire and emergency services personnel are kept on high alert to deal with any exigency. Around 60 country boats have been deployed for shifting stranded people to safer places,” he added.

Sufficient boats and rescue teams are kept in readiness to tackle the situation if it turns critical. The district administration is working round the clock to provide food, chemical packets, water pouch and other relief materials to the flood victims.

One person died due to drowning at Sunacherra Bagan under Katlicherra revenue circle on Saturday.

Several roads and culverts have been either submerged or damaged by the floodwaters.

The Silchar-Hailakandi Road (SH 39) remains closed to vehicular traffic due to inundation at several points for the second day today. 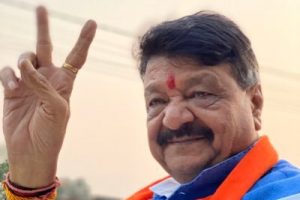 Alleged malpractices using ‘Aadhaar’ in States & UTs for distribution of food grains
Partial Lunar Eclipse to occur tonight at 1:31 AM