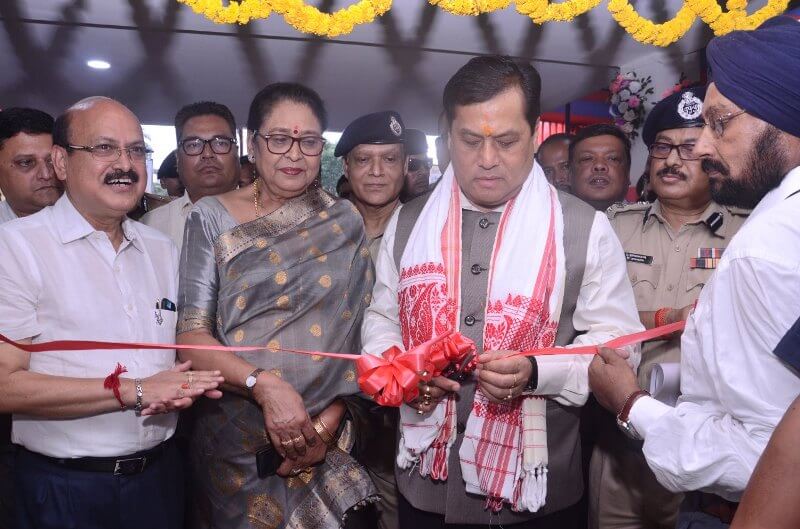 GUWAHATI: Chief Minister Sarbananda Sonowal said, “Each police station in Assam is undergoing renovation as the State government has taken up implementation of Mission for Overall Improvement for Responsive Image (MOITRI) for the police force to rebuild the police stations across Assam. In the first phase, 76 police stations are undergoing repair works while the Azara Police Station in Guwahati city was inaugurated on Monday. The prime focus is that the Government of Assam has aimed to strengthen the amity and unity amongst the people of Assam by bridging the gap between police-public.”

While inaugurating the renovated Azara Police Station, the Chief Minister stated that along with providing security of life and wealth, the police force also strives to create a peaceful and systematic society. As such, certain steps are implemented by the state government to prepare the police department in a modern, more powerful stance.

Stating that in view of today’s age of science and technology and several new challenges that have surfaced, the Chief Minister asked the police to maintain positive attitude and keep their morale high in all circumstances. He also urged the rank and file of Assam Police to extend all possible support to the people who are seeking their help during distress.

Moreover emphasizing that under the Act East Policy, Prime Minister Narendra Modi gives a new thrust to development of the state in particular and the North East in general, Chief Minister Sonowal said that a new growth narrative has been scripted in the communication and infrastructure sector in last few years. Sonowal said that in the aviation sector, LGBI Airport would play a major role in the days ahead. Sonowal at the same time directed the police force, especially the police personnel of Azara Police Station to ensure safety and security of the tourists and their properties visiting Assam.

“In the DGP conference, the Prime Minister fixed certain aims, one of which included preparing the police force of the state in a more efficient and smarter outlook, so that the force is more swift and resourceful”, said the Chief Minister.

Further, Chief Minister Sarbananda Sonowal said that people of Assam have found a new confidence as a result of the unrelenting efforts of the Central and State government. He informed that under UDAN International scheme, flights from Guwahati to Dhaka has been launched and soon flights to Bangkok and Brunei would start operations.

Noteworthy, that under MOITRI scheme, the state department takes up initiatives to reconstruct the buildings of the Police Stations equipped with all modern amenities and special measures for women and children as well as common public. For the reconstruction and refurbishment of Azara Police Station Rs 2.88 crore was spent. Government of Assam under MOITRI scheme has adopted a visionary programme of reconstructing 346 police stations with a financial outlay of Rs. 2 crore for every police station to be reconstructed and refurbished within 5 years. In the first phase 76 police stations were earmarked.

“To ensure the maintainance of the new police station in Azara, the public should also stay mindful. Holding a smart phone is not enough, one should know its uses as well. In a similar manner, the police stations should be kept presentable”, said DGP Kuladhar Saikia.

While Guwahati Police Commissioner Deepak Kumar delivered the welcome address and stated, “The population under the Azara police station is 1.10 lakh, while the floating population is around 15 to 20 thousand. There are 82 villages under the station and approximately 70 to 80 cases are registered on a regular basis.” The programme was also attended by Jorhat MP Topon Kumar Gogoi, Chief Minister’s Media Advisor Hrishikesh Goswami, Additional Chief Secretary Kumar Sanjay Krishna among others. 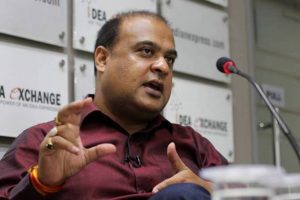