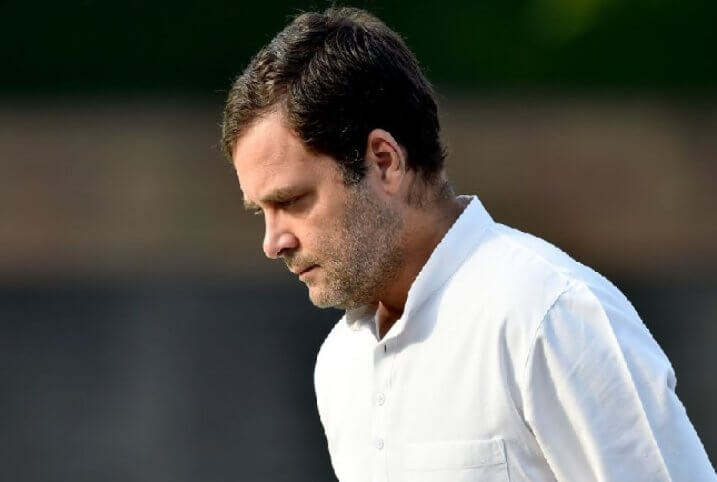 New Delhi: Rahul Gandhi, currently headed with the responsibilities of the president of Indian National Congress, has expressed his unwillingness to continue as the party chief. Rahul has expressed his state of mind in a meeting of Congress Parliamentary party which was headed by Sonia Gandhi.

Notably, ever since the Congress tasted a pathetic defeat in the recently held General Elections, there had been several demands, recommendations and suggestions for the party to dethrone its president. But the Congress party and its members, in unison, had expressed their decision of keeping Rahul Gandhi as their president.

The members of the Congress party are of the opinion that the party at this time is going through a difficult time and at this phase, they need Rahul Gandhi as their leader. The party members further stressed that it is Rahul Gandhi only who is capable of leading the party and no one else. As soon as the meeting concluded, senior Congress leaders like Shashi Tharoor and Manish Tewari met Rahul Gandhi separately. They also stressed that not one person should be blamed for the party’s defeat as it is a collective fault.

However, it is Rahul Gandhi only who is repeatedly showing his intentions to get down from the position. At a time when the hopes of the Congress leaders had increased seeing Rahul engaged in discussion with the party leaders of states, Rahul disappointed them once again by raising the same issue.

Notably, this Lok Sabha defeat of the Congress party under Rahul Gandhi’s leadership is the second consecutive and this has certainly, disheartened him. The party so far has rejected Rahul’s proposal twice and expressed its willingness to continue with Rahul.

Now, if Rahul Gandhi gets down from the President position then this would be noticeable as to who replaces him. If one name that could be thought of at this moment for the position then he would be Ashok Gehlot. However, there are possibilities of four Working Presidents too to look after daily work. But this has not been finalized yet.