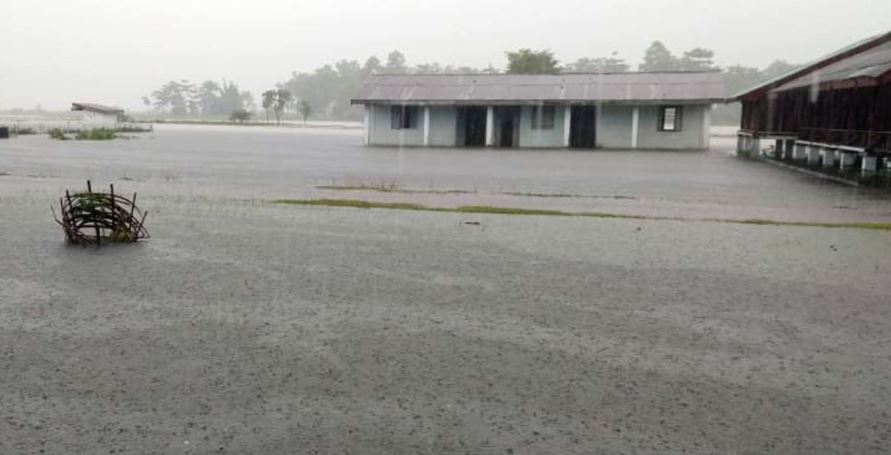 GUWAHATI: The death toll in floods and landslides across the State reached 30 on Wednesday with 10 persons losing their lives in floods during the last 24 hours while 57,51,938 people have been affected in 4,626 villages/localities across 114 revenue circles in 29 districts. According to CWC (Central Water Commission, the Brahmaputra touched the “high flood level (HFL)” of 30.36 metres at 6 in the evening at Dhubri after 31 years. The level was previously recorded at this site the same time on August 29, 1988. The warning level at the Dhubri site is 27.62 metres while the danger level is 28.62 metres.

Though the scenario has somewhat improved in upper Assam and the Barak valley, the situation is still grim in Lower Assam. However, the Brahmaputra and the Barak and major tribuatries are still flowing above the the warning level and the danger level.

Of the 10 persons who died in floods on Wednesday, four were in Morigaon district (two in Bhuragaon, and one each in Morigaon and Lahorighat); two in Sonitpur (one each at Dhekiajuli and Thelamara); two in Udalguri; and one each in Kamrup (M) and at Raha in Nagaon. The rivers flowing above the danger level are the Brahmaputra at Neamatighat in Jorhat, Tezpur in Sonitpur, Guwahati in Kamrup, Goalpara, and Dhubri; Dhansiri (S) at Numaligarh in Golaghat; Jia Bharali at NR Rd Xing in Sonitpur; Kapili in Kamrup and Dharamtul in Nagaon; Puthimari at NH Rd Xing in Kamrup; Beki at Road Bridge in Barpeta; Katakhal at Matizuri in Hailakandi; Kushiyara at Karimganj;

Embankments, bridges, culverts and roads have been damged at several places.