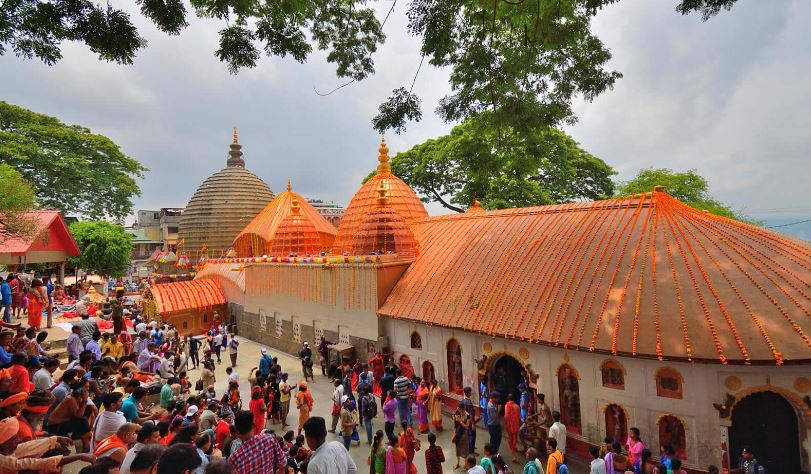 GUWAHATI: Voice of Environment, an NGO, has started a signature campaign as part of its mass sensitization on making Kamakhya Temple premises a plastic-free zone during Ambubachi Mela 2019.

The campaign is led by environmentalist Moharana Choudhury. Advocate Kanhaiya Poddar requested everyone to collaborate, support and join the cause for environmental sustainability of the iconic heritage site of the State as well as the country.
Simultaneously the team conducted campaign with display cards and placards with different environmental messages regarding cleanliness, including beating of plastic pollution. The team held a meeting with Kamakhya Temple head priest Mohit Sarma (Bor-Doloi) and Kabindra Sarma (Saru-Doloi) regarding plastic waste disposal and cleanliness aspects and future action plans.
The team also interacted with sadhus, devotees and visitors regarding environmental concerns to understand their views. Majority of devotees, especially youths, volunteering groups, higher police officials, temple authority participated in the signature campaign.

VoE has been working for over a year to create a holistic and systematic awareness campaign to make Kamakhya Temple premises a plastic-free zone.

In 2016, it signed a Memorandum of Understanding (MoU) with the Kamakhya Temple Authority (Doloi) for making the temple premises a plastic-free zone. The mission has included priests, vendors and devotees in a planned and phased way to propagate an applied moral awareness about the hazardous impact of plastics.