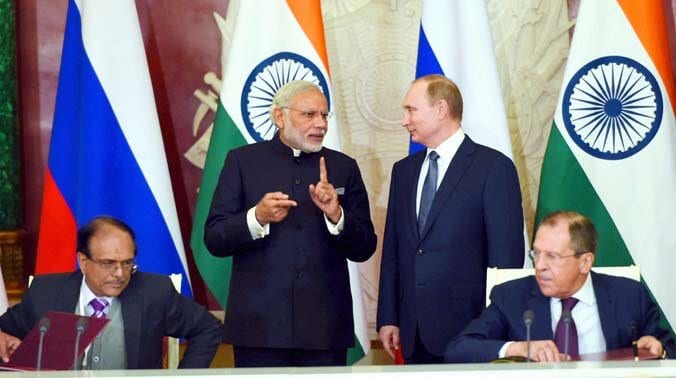 Guwahati: The much-talked Moscow talks are to be held in Russia in the presence of India’s former envoy to Kabul Amar Sinha and T.C.A. Raghavan, former Indian High Commissioner to Pakistan as the New Delhi representatives.

While sending the former senior diplomats to attend talks on the Afghanistan peace process, India also makes it clear that it would participate at a “non-official” level. The Moscow talks witnessed high-level delegates from Taliban participating in it. A delegation of Afghanistan’s “High Peace Council” along with twelve countries will be among the high-level participants in the talk. Moreover, for the first time, an Indian delegation has been present at the table in talks with the Taliban representatives based in Doha.

MEA spokesperson Raveesh Kumar, “India supports all efforts at peace and reconciliation in Afghanistan that will preserve unity and plurality, and bring security, stability and prosperity to the country. India’s consistent policy has been that such efforts should be Afghan-led, Afghan-owned, and Afghan-controlled and with the participation of the Government of Afghanistan. Our participation at the meeting will be at the non-official level.”

Both the representatives from India are well aware and experienced in holding a relationship with Afghanistan and Pakistan. Retired diplomat Mr. Amar Sinha was ambassador to Kabul (2013-2016), Mr. Raghavan has also held senior posts in the Ministry of External Affairs dealing with Afghanistan and Pakistan. Raghavan also was High Commissioner to Islamabad (2013-2015) and is currently posted as the Director General of the government-run Indian Council of World Affairs (ICWA) think-tank based in Delhi.

India’s decision to participate in the talk on November 9 is well accepted by the Russian government. A statement released by the Russian embassy states, “We highly regard Indian support in the peace process in Afghanistan and welcome Indian readiness and that of other partner countries in the Moscow format,” the Russian Embassy said in a statement on Thursday.

Modi government’s decision to participate in the Moscow talks with the Taliban only on the presence of the Afghan government has been appreciated by the analysts. Former Ambassador to Afghanistan, Rakesh Sood says, “India would have preferred a direct process between the Ghani government and the Taliban, but since that is not possible, a regional process like this one is the next best option. It is to Russia’s credit that they have been able to bring everyone to the table for this round of talks.”