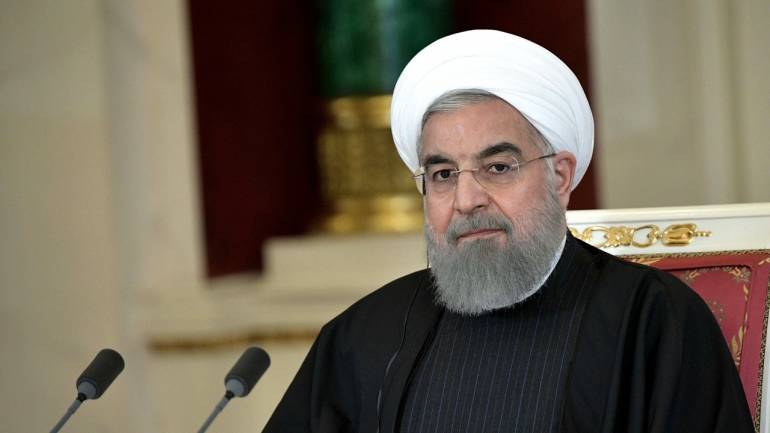 Tehran: Iranian President Hassan Rouhani has said that his country was ready to hold talks with the US if Washington lifts sanctions imposed on Tehran. “We are always ready for negotiations. I tell you this hour and this moment to abandon bullying and lift the sanctions and return to logic and wisdom. We are ready,” the Iranian Mehr News Agency quoted Rouhani as saying on Sunday.

Leaders of France, Germany and Britain, European signatories of the 2015 Iran nuclear agreement said on Sunday that they were “extremely concerned” about the escalating tension in the Gulf region, which they said is likely to put the accord at risk unless the concerned parties join the same table of talks. In May 2018, Washington unilaterally abandoned the Iran nuclear deal and restarted imposing sanctions on Iran.

Following Tehran’s announcement, US Vice President Mike Pence, along with other senior administration officials, vowed to continue to pile up economic pressure on Iran. (IANS)

Also Read: Iran Will Not Go To War With Any Nation: Hassan Rouhani