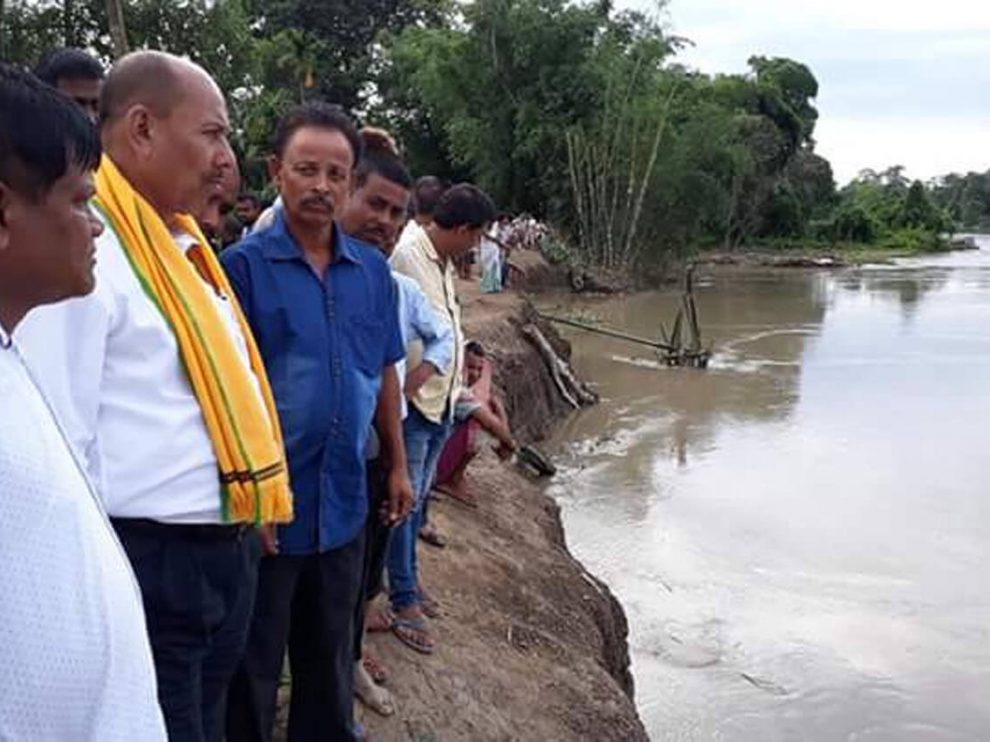 Earlier, on July 30 the water level of Dikhow river made a sudden rise affecting 50 meter stretch of the embankment while causing panic among the locals. It is feared that if the embankment is swept away more than twenty thousand people will be hit.

On the other hand, Prodip Hazarika assured the local people that embankment would be constructed in the winter season with modern techniquesgeo-tubee and geo mattresses. He also added that an estimate has been sent for departmental approval.