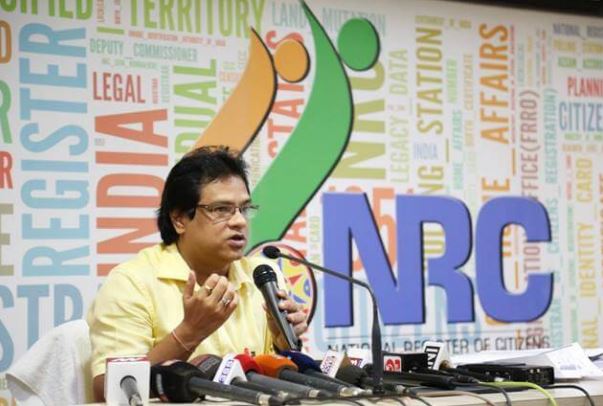 GUWAHATI, Sept 7: As the opinion expressed on him as of now, State NRC coordinator Prateek Hajela is nobody’s darling – neither of the BJP nor of the Opposition Congress in the State. A day after the Congress raised the demand for his removal as NRC coordinator, the BJP Assam Pradesh has made it clear on Friday that it is going to hold talks with its national leaders on the role of Hajela.

In a statement issued to the media on Friday, State BJP general secretary Dilip Saikia said: “At a situation when lakhs of Indian Gorkhas, Bengalis and Hindi-speaking people were left out of the complete draft NRC, the intentional opinion put forward to the Supreme Court by Heleja has complicated the situation. This has happened at a time when the Supreme Court of India is observing the situation on NRC. State BJP president Ranjit Kumar Dass is leaving the State for holding talks with national leaders of the party on September 8 and 9 on the role played by Hajela and inclusion of the Indians in the final NRC, besides discussing future course of action in the NRC update exercise.”

Saikia has further said that the State BJP is going to address the media on September 10 to make its stand on the role of Hejela and the current situation on NRC clear.

On Thursday, Leader Opposition in the Assam Legislative Assembly Debabrata Saikia had accused Hajela of misleading the Supreme Court. Saikia had asked for Hejela’s removal in consequence of the proposal to the apex court to dispense with the 1951 NRC and pre-1971 voters’ lists of Assam while dealing with claims and objections relating to omission of over 40 lakh names from the final draft of the NRC. Saikia pointed out that the eligibility criteria framed for the NRC by various stakeholders, including the government, had specifically listed the 1951 NRC and pre-1971 voters’ lists as the first two among important documents for the purpose of verification and these two documents are even mentioned in the relevant part of the Rules, 2003.